Widebody Nissan Juke Has Big Aero and Turbos, Reminds You of the Juke-R The first generation of the Nissan Juke got a lot of hate, but we'll go out on a limb here and say this: it wasn't that bad.

Sure, the handling wasn't brilliant, but it was actually better than most Nissans in that regard, while the design achieved what it set out to do, which is to stand out.

We have a feeling that the second generation won't be as successful; it can't be if they don't sell it in America, while the European market is positively flooded with competent rivals. Want something practical? Skoda Kamiq. Looks that stand out but aren't vulgar? Hyundai Kona or Ford Puma.

Of course, it doesn't help that Nissan only offers the new Juke with a teeny tiny engine. The fact that it came with multiple 1.6 turbo units producing in the 200 horsepower ballpark was what made the original cool, a viable alternative to a MINI Cooper S or an Audi A1 hatch.

To their credit, Nissan did explore every possible niche, including putting an engine from the GT-R inside that tiny body. From what we understand, a few production versions of the 550 horsepower Juke R were put together and currently reside in private Middle Eastern collection.

Since then, it's become widely accepted that if a car is cool, it should get an engine swap and a widebody kit. I mean, just look at all the attention the 2020 Supra is getting. And if the Juke got a Pandem/Rocket Bunny kit today, we'd imagine it would look a lot like this rendering by Rostislav Prokop.

It's even crazier than the car Nissan built, featuring slammed suspension and so much carbon-fiver-infused aero that the downforce could let it drive upside-down. The only powertrain suitable for a crazy machine like this would still have to be the GT-R's 3.5-liter, which in this case pushes its massive new turbochargers right out through the front grille. 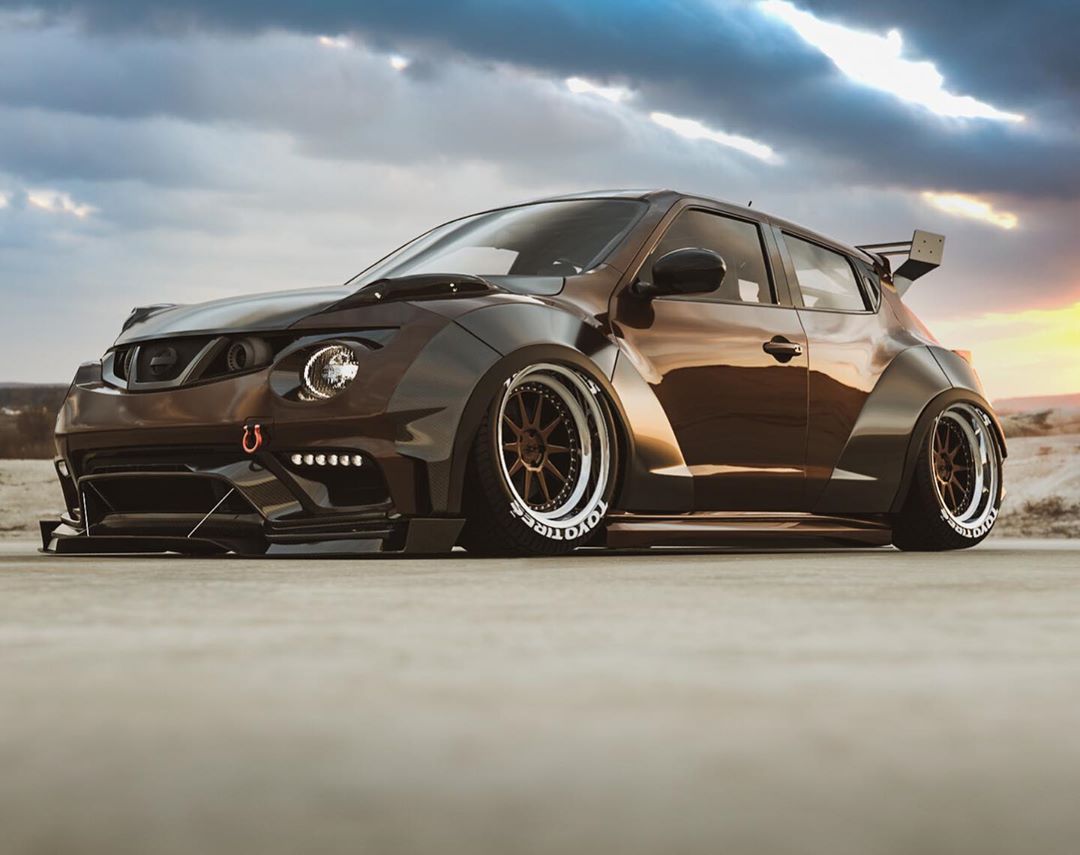 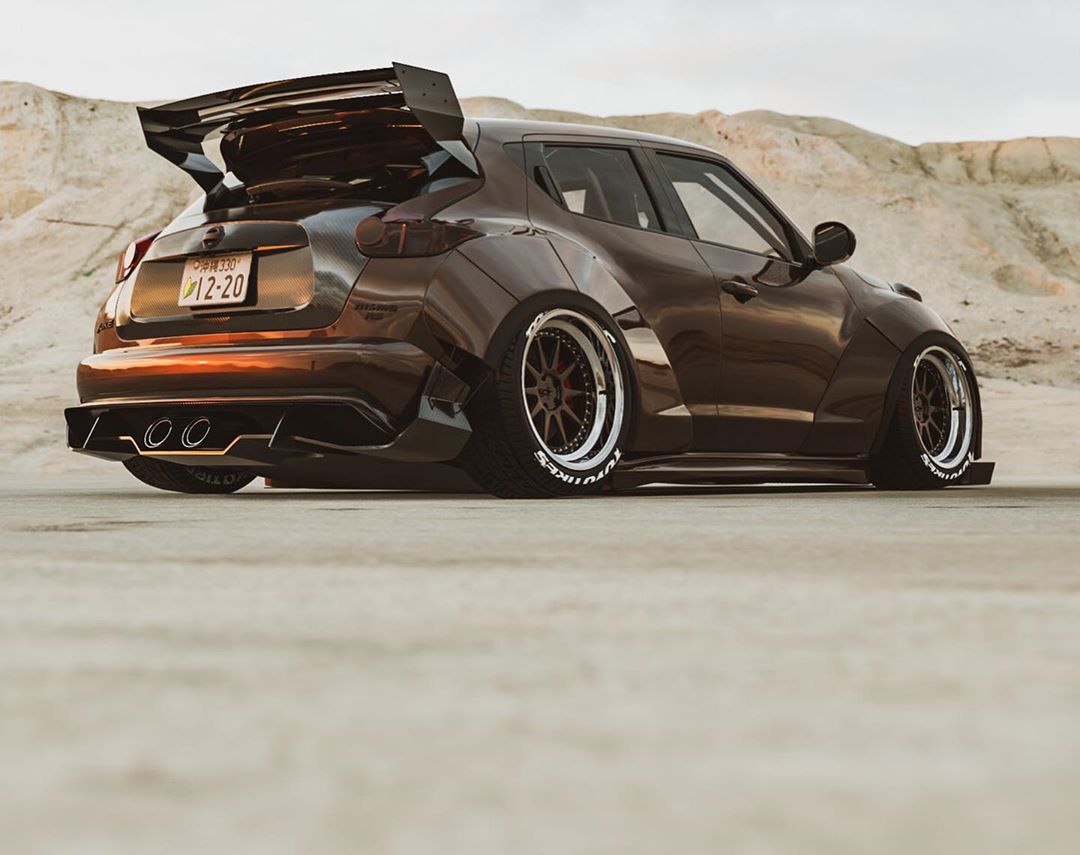 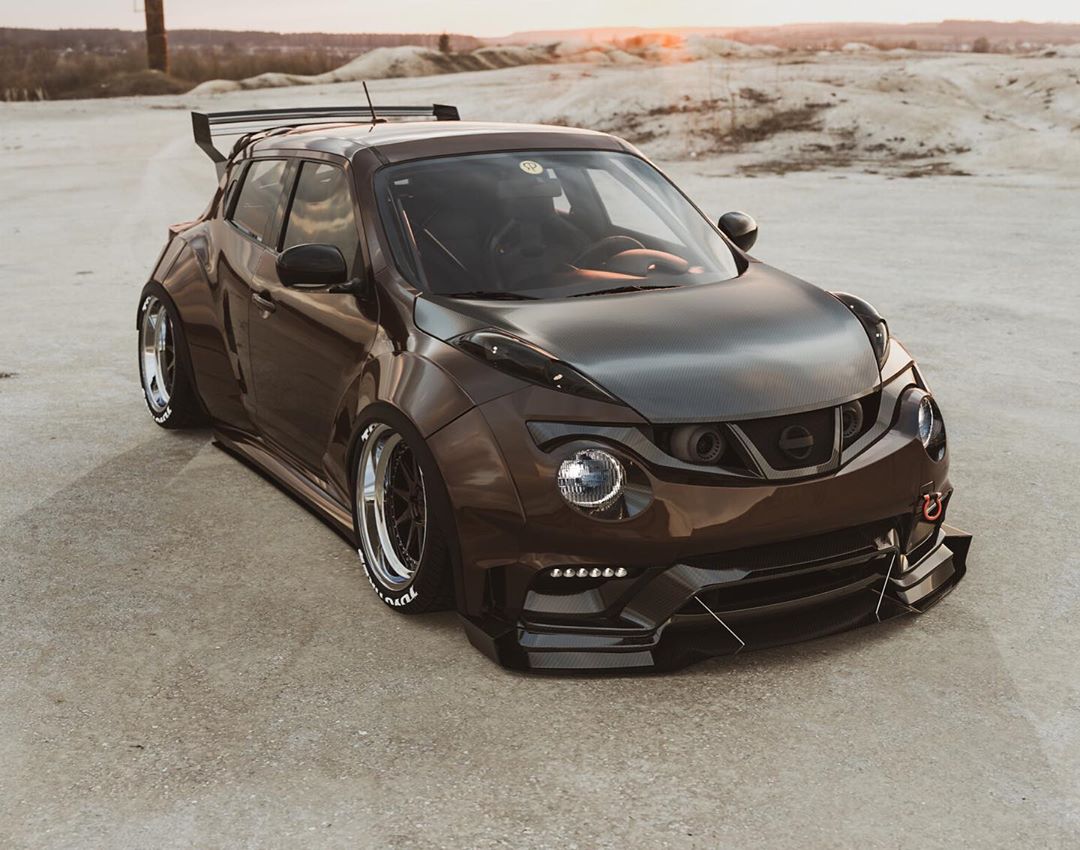