We might have only a hint at the name and no exact date for a premiere, but fans can celebrate that Jeremy Clarkson, Richard Hammond, and James May are filming once again.

Plus, it looks like every cent of Amazon's reportedly lavish budget is being put on the screen.

A photo tweeted by Clarkson shows the three hosts standing proudly in front of a Porsche 918 Spyder, Ferrari LaFerrari, and McLaren P1 at a racetrack. Clarkson jokes that the show has just a "skeleton crew" but behind him stand several dozen people, a sophisticated-looking camera rig, and two big trucks. This definitely looks worth the anticipation of the premiere on Amazon Prime next fall. Hammond tweeted the same picture and wrote: "The band is back together and it feels brilliant."

Intriguingly, it appears that fellow British auto journalist Chris Harris is currently filming at the same track. He tweeted a photo to Clarkson of the McLaren doing a very smoky slide, while being followed by the other two hypercars. The Porsches in both photos wear the same red-and-white number 3 livery and have the same license plate number. In a later message, Harris was also clear that he wasn't filming there in connection with the trio's Amazon show. 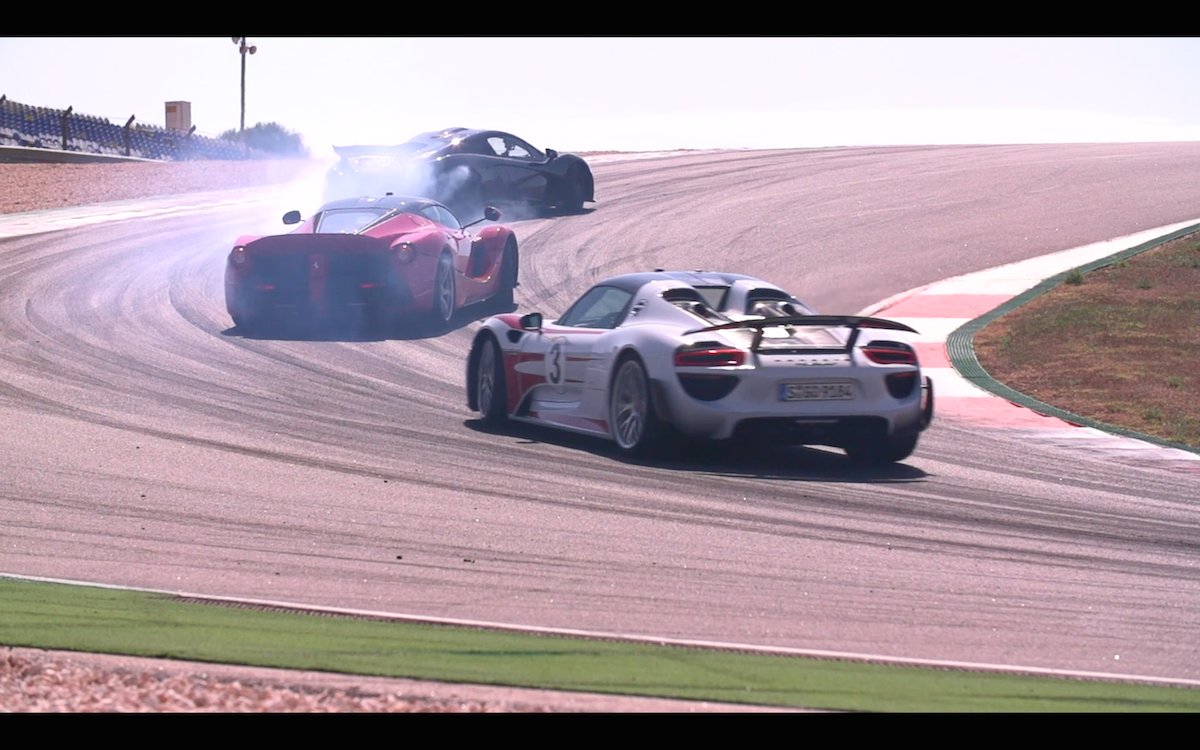 Clarkson Confirms New Amazon Show Won't Be Called Gear Knobs12 October 2015
Clarkson, Hammond, And May Can't Think Of A New Name For Show12 April 2016
Breaking: Clarkson, Hammond, And May Reveal The Name Of Their Amazon Show12 May 2016
The Grand Tour Demolished 27 Cars And Drove Over 1.4 Billion Miles7 November 2016
The Grand Tour Is Here And It Was Worth The Wait21 November 2016