The Grand Tour's first two-part special is stunning, but too long I'm a big fan of The Walking Dead, but the first half of season seven has been a tough, occasionally boring slog.

How can a show about flesh-eating zombies and crossbow-wielding hillbillies be boring, you ask? Unnecessary 90-minute episodes. AMC spread three of this season's eight episodes from 9:00 to 10:30 pm, for a total of around 60 minutes, even if there wasn't enough story to go around. The result was plenty of unnecessary TV.

The Grand Tour suffers from a similar problem with its first big road-trip special. Blissfully free of studio jokes, The American, and Celebrity Braincrash, the show spreads the team's Namibian trek in three beach buggies across two installments and 102 minutes of television. An episode that long only works if there's enough content to keep the pace up – see the 116-minute Heart of Africa special from Top Gear's 19th season to see what I mean. But the Namibia special stretches too little across too much, particularly in the 44-minute first installment.

Here's what you need to know about the first half. There's an empty tent – it's the only time the show's iconic, mobile studio appears – before the show cuts to a Namibian beach with a helpful sign denoting a meeting point. The hosts arrive, explain their beach buggies, insult each other and their vehicle choices, and then proceed to wander idiotically around the Namib Desert and along the Atlantic coast.

The best thing I can say about this segment is that it's – unsurprisingly – beautiful to behold. The quality of The Grand Tour's work feels more appropriate for the BBC's phenomenal Planet Earth series, rather than some geeky car show, and that's doubly true of the entire Namibian saga. The show brilliantly displays the vastness and desolation of the Namib Desert, while the later segments are just as stunning – I'd rather not spoil those, because they're truly jawdropping.

But that beauty can't obscure the fact that part one of The Grand Tour's first big adventure feels like a waste of time. In the excellent Bolivian adventure from Top Gear's golden era, the inept hosts end up stuck on an Amazonian beach for 24 hours, before attempting a brutal trek through the jungle. When it takes the team over a day to cover less than a mile, the challenging nature is clear without taking up an undue amount of the episode. It's short, sweet, and easy to digest.

Namibia takes that same lack of progress and spreads it across 44 minutes of television. Want to watch the hosts scream while going down the backside of some very large sand dunes or simply get lost in the darkness of a desert night for three-quarters of an hour? Part one is worth a watch. Waiting for some actual progression towards the goal Executive Producer Andy Wilman assigned? Check out part two.

In the second half of the Namibian special, the team actually progresses across both different terrain and toward its arbitrary finish line. While part two is inarguably more exciting and entertaining than part one, the pacing feels broken as the show charges heedlessly from antic to antic, dismissing previous angles with abandon. For example, early in part two, the team decides to take a stand against rhino poachers. It's a very good, noble cause that ends with Clarkson "shooting" Hammond with a tranquilizer gun. Following a helicopter stunt, there are no mention rhinos for the rest of the episode.

I could have gotten behind this angle, if the producers built the episode around it. Imagine Wilman texting the team some interesting facts about rhino poaching and tasking them with preventing it. Sure, it'd be wildly staged because poachers are legitimately dangerous folks, but that lone angle is better than jumping from antic to antic, and it'd shed some light on a very real issue. Likewise, the final part of the episode seemingly comes out of nowhere, rather than being an organic, necessary thing. For that reason, part two feels like it lasts about 15 to 20 minutes longer than it really needs to be.

Ultimately, the Namibia special works best when the biggest challenge for the hosts isn't poachers, but the terrain. The first part, with its dunes and tides, is fun, just not for 45 minutes. Likewise, part two is at its best when the brutal terrain begins breaking the team's buggies. It feels like Namibia is challenging Clarkson, Hammond, and May with its steep sand dunes, washboard roads, dangerous fesh fesh sand, and boulder-strewn fields. Instead, fishing adventures, rhino protection, and some other nonsense break up the challenges of the terrain.

The overarching point here is that The Grand Tour's first two-parter would have worked far better in a single installment. The producers could have easily slashed the 102-minute runtime down to 70 or 75 minutes by eliminating the poaching element, most of the first episode, and the final challenge – it'd be tighter, more digestible TV. In other words, focus on terrain and distance. Top Gear used that strategy to great effect in other specials, like the Bolivian off-road adventure, the Vietnamese bike challenge, the Botswana trek, and it would have worked in Namibia. Instead, this promising special feels bloated and overlong, which is a shame. As Clarkson says, "Namibia is a beautiful bastard of a country." I just wish The Grand Tour's first special was as deserving of the same praise.

And with that, I'm done. This is my final story as a contributor to Autoblog (I'm sure that will come as a relief to some of my more ardent critics in the Comments). As I prepare to move away from Autoblog after three-and-a-half years, I wanted to take this moment to thank the editorial team for their guidance and help. And for you Commenters, you're some of the toughest and most frustrating people I've ever dealt with – I mean that as the highest compliment. I've tried to read every comment and critique on my stories throughout the years, and I'm certain that your ardent fact checking, criticism (constructive or otherwise), and general banter has made me a better writer. I thank you, and hope you'll continue serving the Autoblog community in the same manner. 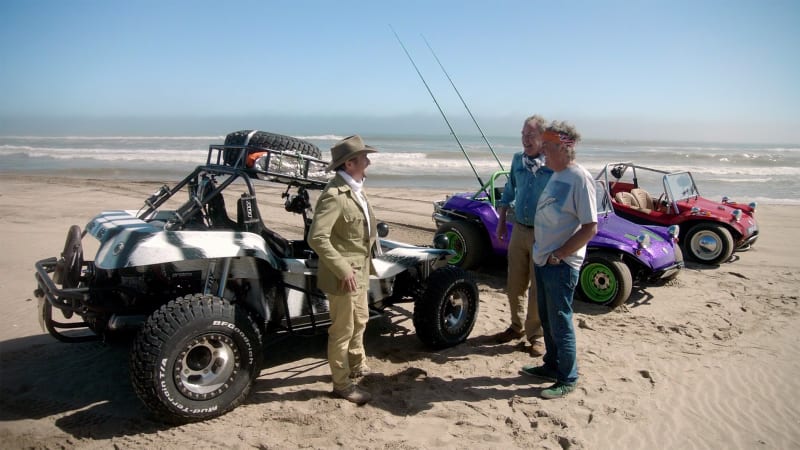 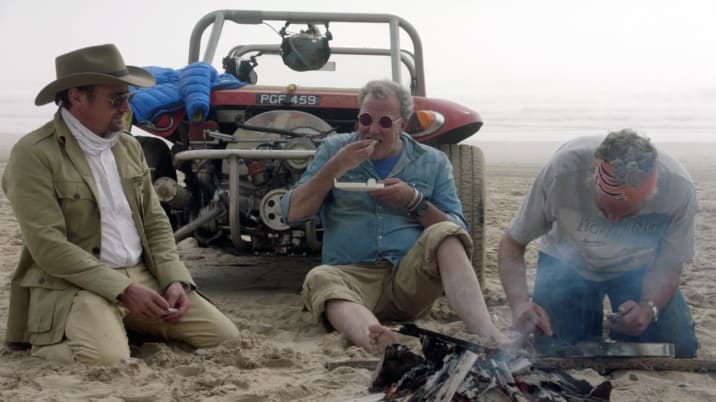 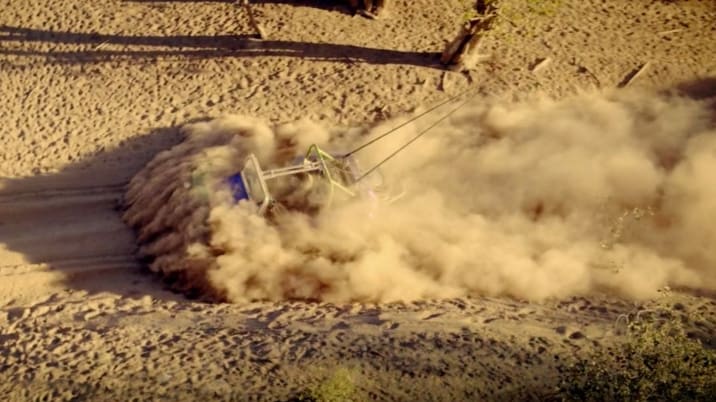