bikesKTMmotorcycle
Orange machines with displacements from 125cc to 890cc all get styling makeovers for 2023.

KTM is refreshing its street bike lineup for the 2023 model year with sporty new colorways. All the bikes ranging from 125cc all the way to 890cc have been given a cosmetic makeover. The styling revisions hinge heavily on KTM’s racing heritage and tie all the models in more closely with the brand’s Ready to Race philosophy.

Starting off with the beginner-friendly segment, two of KTM’s 125cc models, the Duke and RC, provide first-time riders with a glimpse of what the wonderful world of two wheels holds for them. Equipped with the same 125cc, liquid-cooled, fuel-injected thumper as before, but tweaked to meet Euro 5 specifications, produces 15 horsepower. This approachable level of performance mated to KTM’s lightweight chassis and WP suspension components translates to a peppy and agile duo of sportbikes that are perfect for learning the ropes on.

The 2023 125 Duke gets a new blue on white colorway with matching orange wheels and an orange tailpiece. In a similar fashion, the RC 125 gets new graphics leaning towards the stealthier side with orange and black accents, similar to the previous iteration of the track-only RC 8C. Performance-wise, nothing changes with the two entry-level models, as they’re already considered class-leaders with their premium components.

Moving up the ladder, the KTM RC 390 and 390 Duke receive styling updates, as well. The Duke, referred to as the Corner Rocket, is made available in two new color options consisting of orange and blue/gray, and a sleek black and matte gray colorway. As for the RC 390, it takes the same styling cues from its smaller sibling, with orange paintwork mated with black accents on the trellis frame and black alloy wheels. It also gets a sporty dark-tinted screen that makes its way around the large headlight.

In 2022, KTM 790 Duke was reintroduced in the global market as a mid-tier option below the premium 890 Duke and entry-level 390 Duke. For 2023, the 790 Duke is an A2-compliant offering meaning its previous 105 horsepower output has been dropped to 95 ponies. It’ll come in a sleek and subtle gray and black motif, with matching orange accents on the tank fairings. Last but not least, the new KTM 890 Duke GP gives the premium middleweight naked bike a refreshed look with blacked out components and a black-on-white color scheme. The bike’s slim and athletic stance is further highlighted by an orange subframe and orange alloy wheels.

KTM’s 2023 year-model street bikes will be making their way to European dealerships before the end of November 2022. Be sure to stay tuned for pricing and availability in other markets. 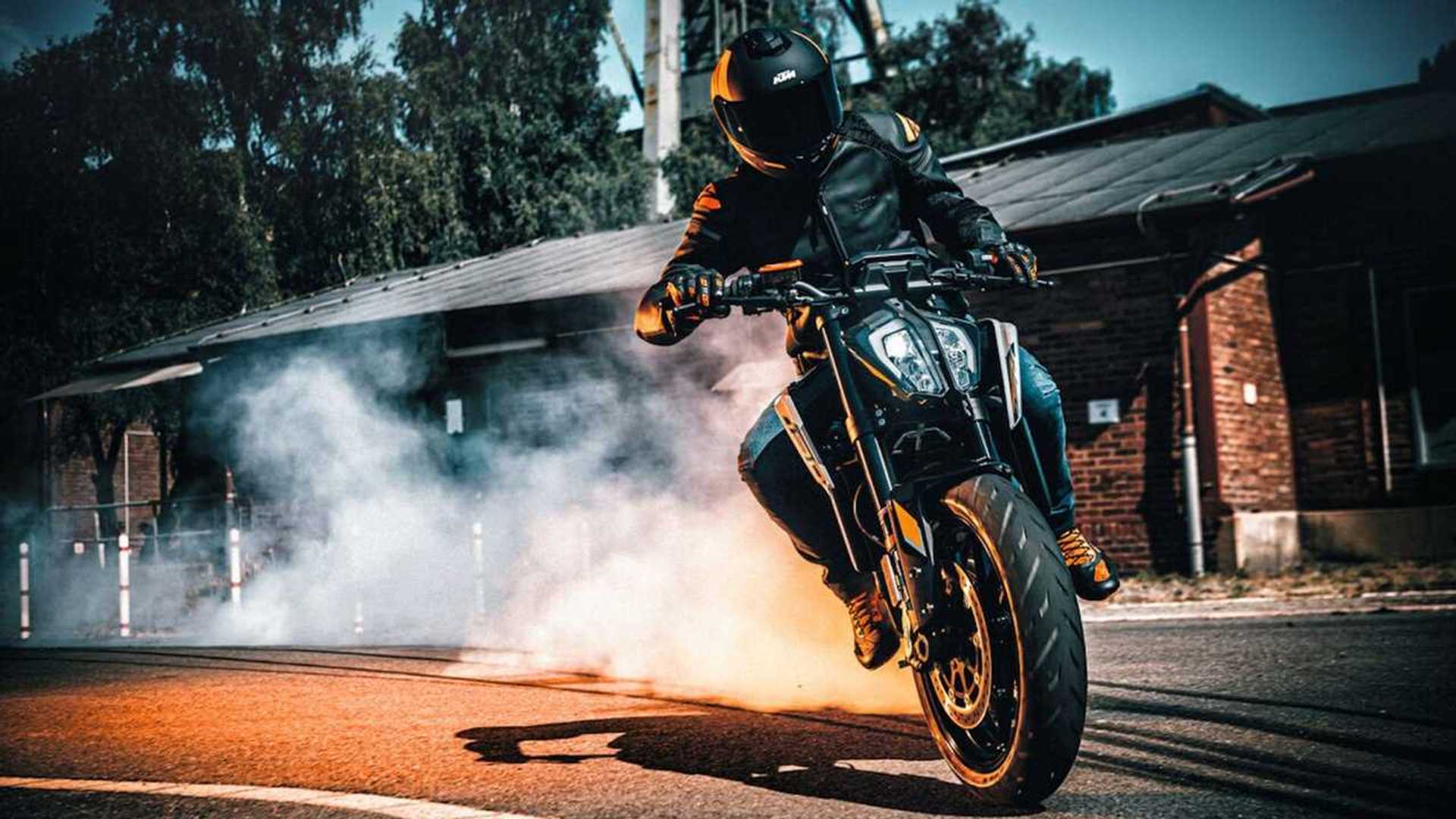 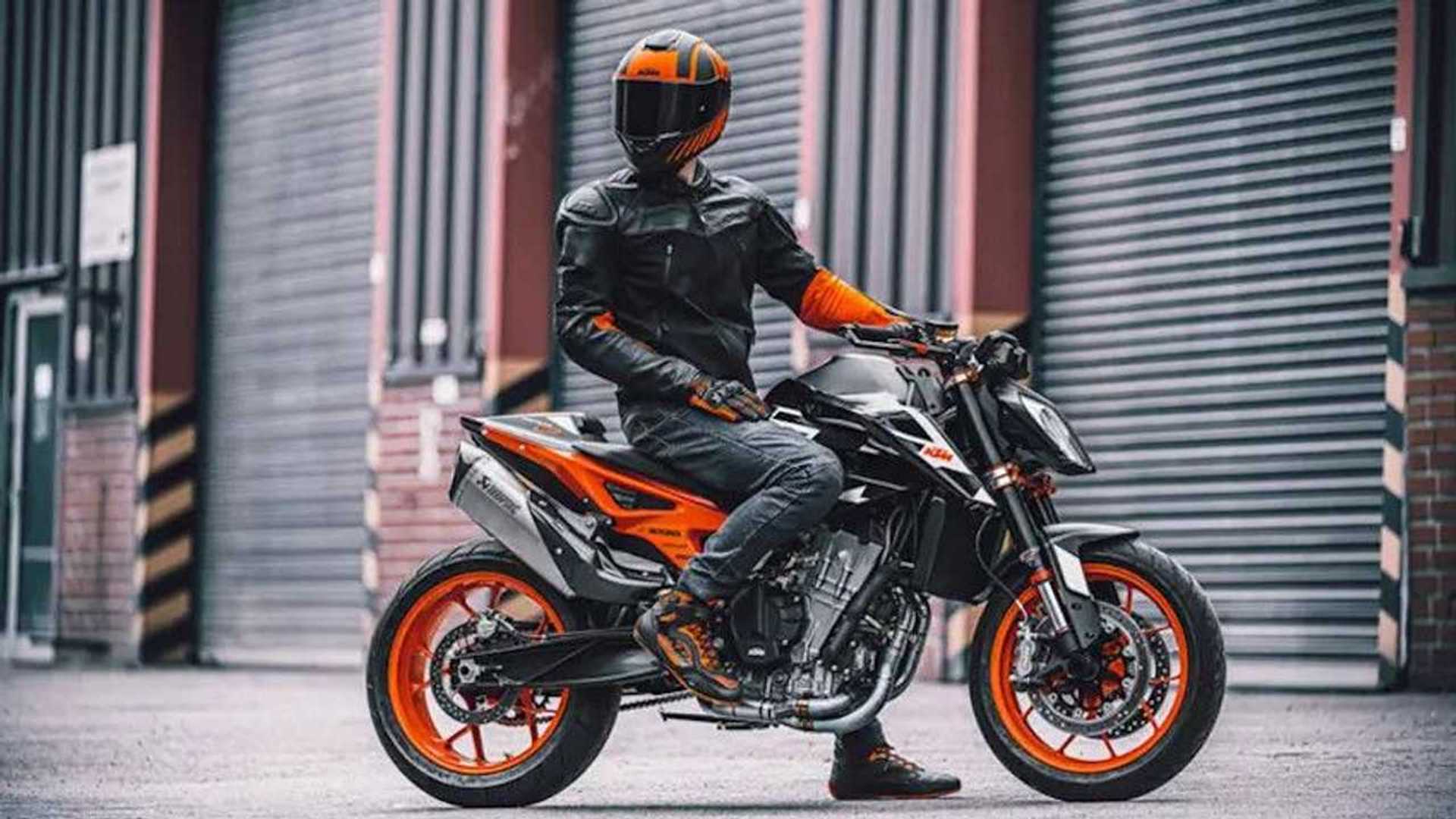 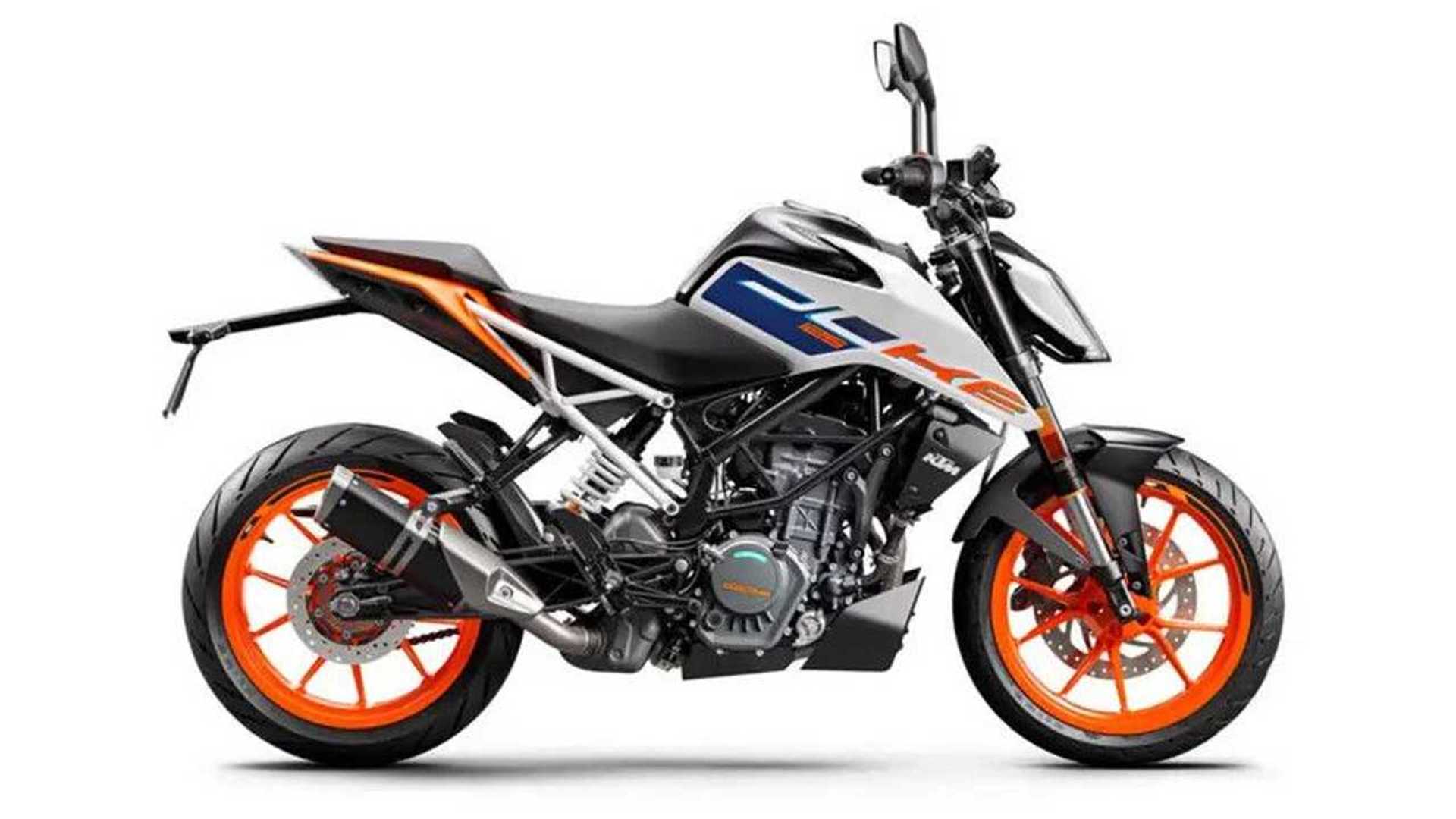 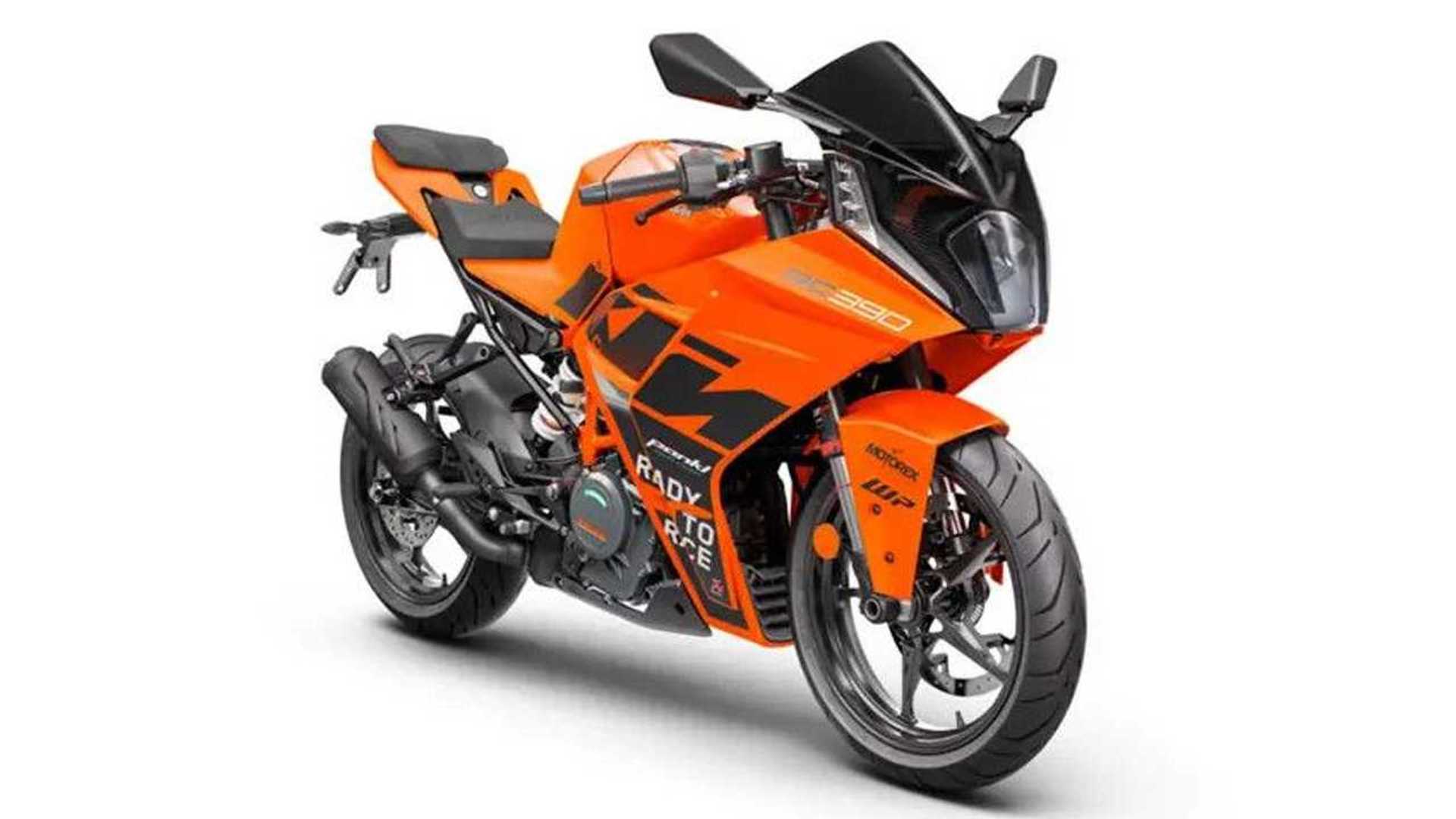