We've seen a lot of cars get the overland treatment recently, even the modern GT 86.

And in that case, we argued that since the car is light and has a low center of mass, it might actually be decent in a rallycross scenario. But who's to say the same cannot be true for the original AE86?

If you're a fan of the Japanese anime and manga series Initial D, you'll know all about the "Tofu Delivery" A86 that's basically the four-wheeled star of the show. This has prompted many people to start collecting this old Toyota in the hope of achieving Instagram fame and glory.

However, there's only so much you can do in the JDM style, so rendering artist track_hype has decided to take the AE86 in a completely different direction. No low-rider coilovers here, just maybe some Bilstein external reservoir dampers.

The artist calls this a "Pandemic" automobile, meaning it's designed for a survival situation. However, going into the middle of the desert probably can't save you from this virus. Instead, we believe the AE86 might be better suited for off-road racing. No, not the Baja, but the Paris-to-Dakar rally, where Porsche made a name for itself many decades ago.

The body of the little Trueno has to be digitally chopped up to accommodate those giant BF Goodrich tires, wrapped around what looks like a set of Volks Racing Rays 6-spoke wheels. The adventure-ready machine also boasts a heavily modified bumper with extra lights, fuel reserves, a trunk spoiler and spare tire.

The AE86 did go rally racing with various European teams, though obviously not in a lifted format. Toyota, in general, has done a lot of off-road racing, but the model we mostly associate with their dirt track success is the legendary Celica GT4. 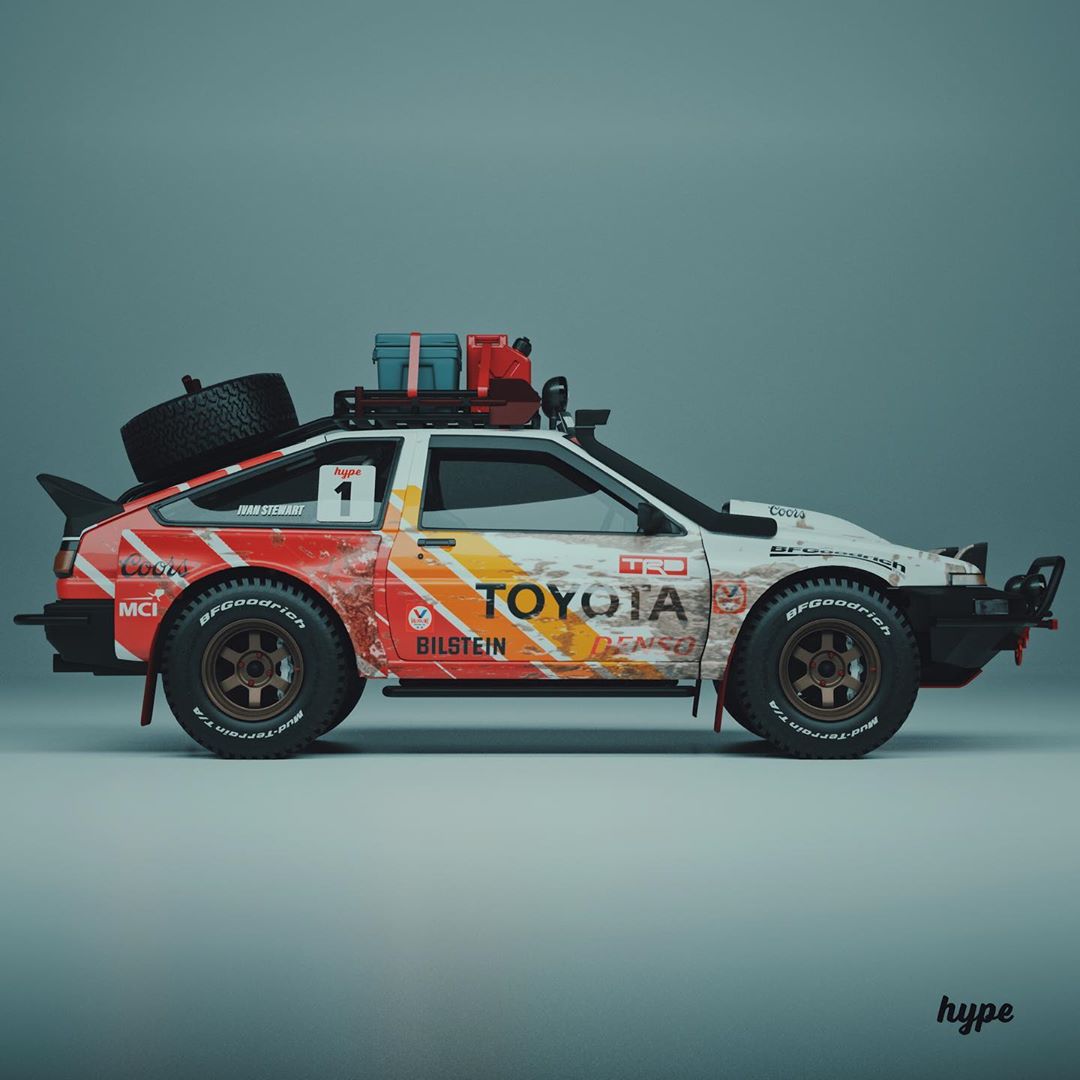 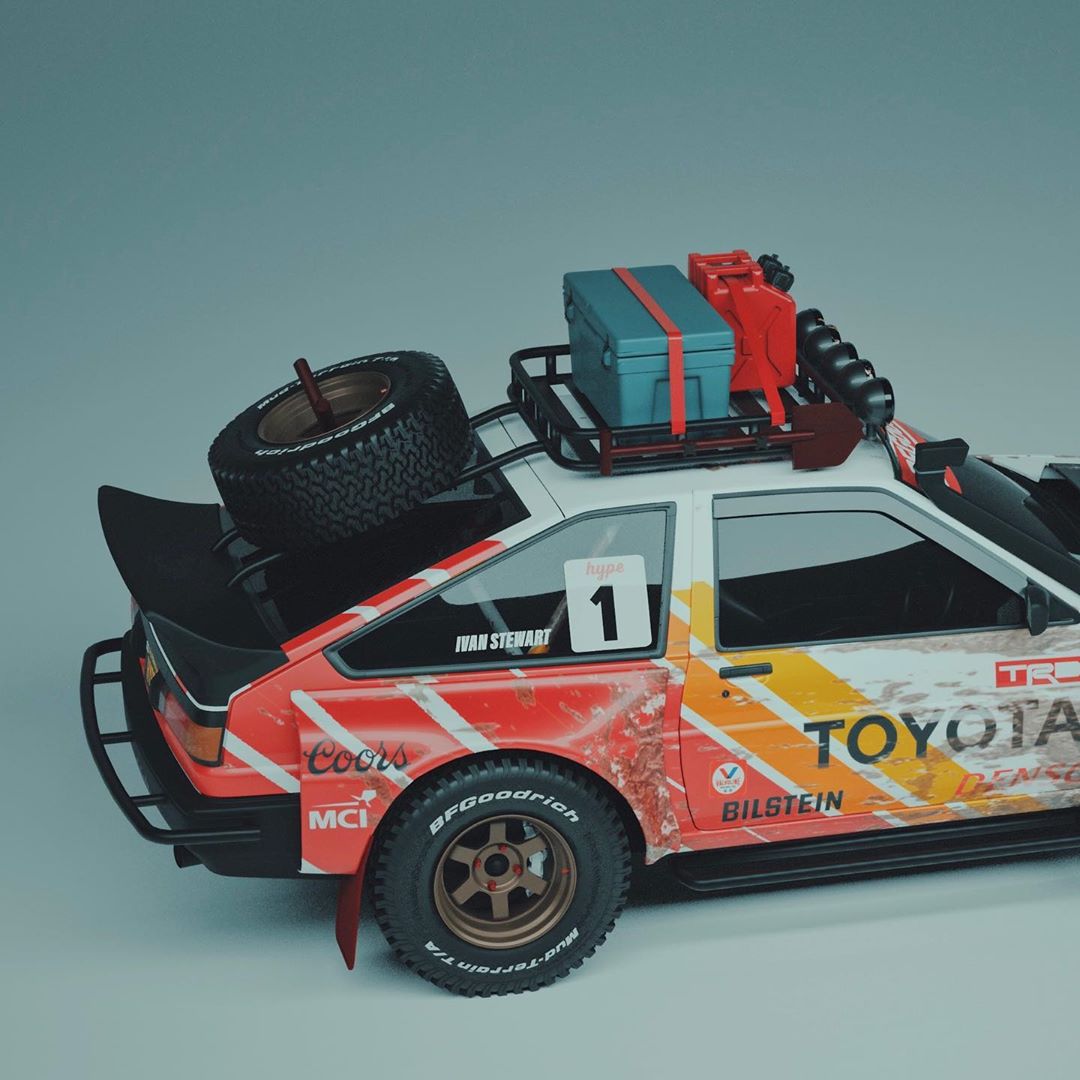 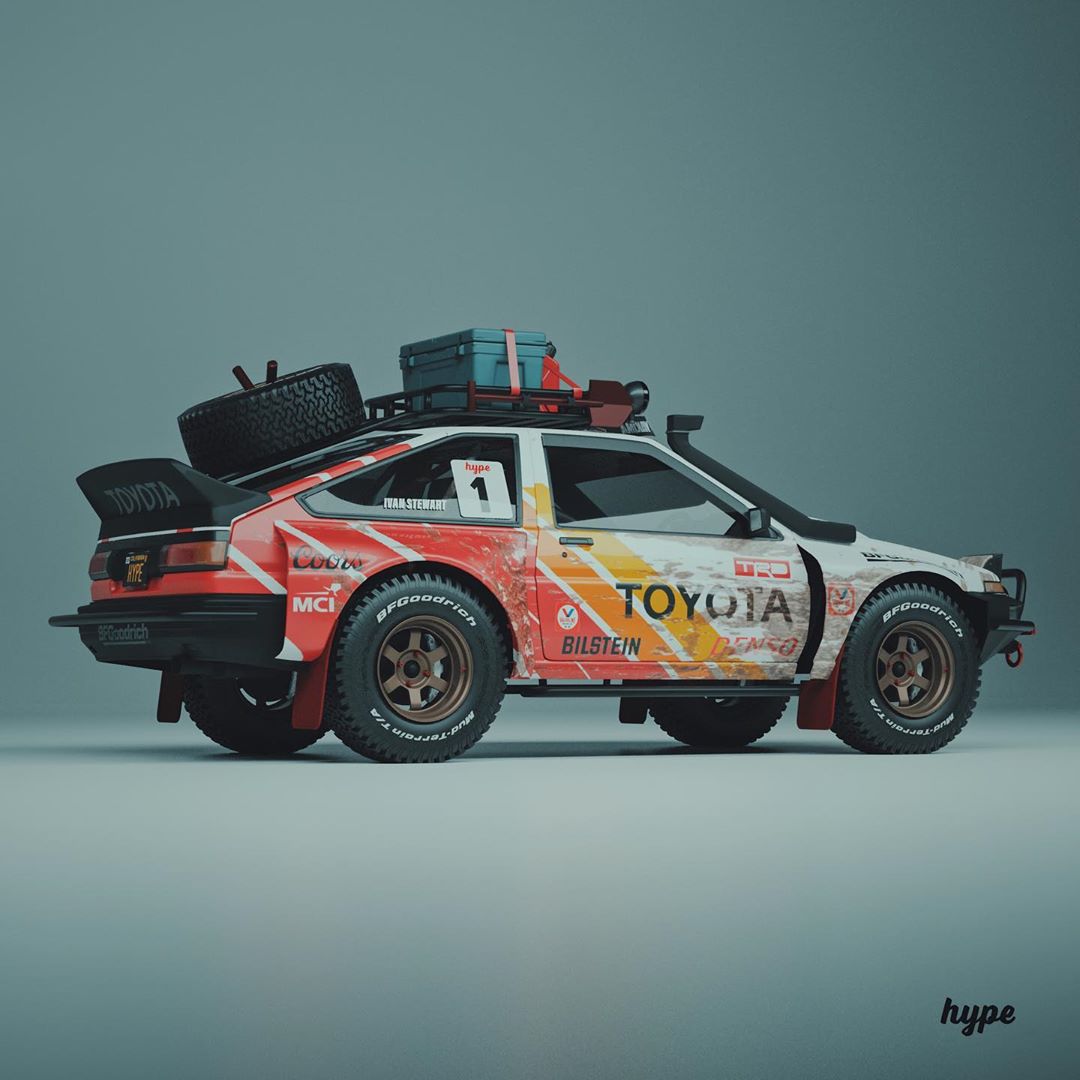 2016 Toyota Land Cruiser Trd Revealed6 November 2015
Supercars, Tuners, And Muscle Cars Battle To See Who Holds The Crown6 September 2016
Interior Masters Transform Toyota Tacoma Into Swamp Monster27 October 2016
Is This The Craziest Toyota Innova In India?29 June 2017
Turning The Toyota Gt86 Into An Aston Martin Is The Best Idea Japan Ever Had14 August 2015