And it’s packing a lot of extra power.

The revival of the Toyota Supra was one of the most talked-about topics of 2019, for obvious reasons. The nameplate returning after 17 years was huge news. But even now in 2020, the sports car manages to make headlines, most recently with the announcement of a new four-cylinder model for the U.S., additional power for the inline-six, and a special A91 special edition.

While those factory options are nice, apart from a few in-house Toyota builds for SEMA (this one sporting a retro-tastic rear wing), we haven't seen many good aftermarket upgrades on privately owned cars. But this Supra has our attention.

We talked to Supra owner Mohamed Alhammadi, who has one of the prettiest modified examples of the sports car we've seen to date. First spotted on the Vossen Wheels Instagram page, the owner (who goes by the alias @7.insta online) quickly reached out to us to give us more details on his one-of-a-kind Supra. But the upgrades are more than just visual.

First, the wheels: seeing as that's what drew us to his car initially. The staggered 20x9.5-inch (front) and 20x11-inch (rear) rims are Vossen HF-5s finished in gloss gold, each one wrapped in Michelin Pilot Sport 4S tires (265/30 and 305/30, respectively). The bright wheels look especially good beneath the Supra's signature Renaissance Red 2.0 paint.

But apart from fancy new shoes, this Supra is hiding some serious performance. BR Series coilovers from BC Racing bring the entire package closer to the ground, and a stage two hardware upgrade from Euromotive Performance adds a catless downpipe and charge pipes. The rest of the vehicle remains stock (for now), but the owner notes upgrades are ongoing and an MST cold-air intake is next on the docket.

With the current upgrades (and using bootmod3 OTS map), he estimates his car produces around 430 (320) to 460 horsepower (343 kilowatts) at the wheel. That's a noticeable improvement to the stock 2019 Supra's quoted 335 horses (250 kW) at the crank. Mohammed also tells us that a 62-to-125 mile-per-hour (100-to-200 kilometer-per-hour) sprint takes just 8.32 seconds – for the record, that's quicker than a stock Lamborghini Gallardo Superleggera.

Hopefully there's more to come from this handsome Supra. 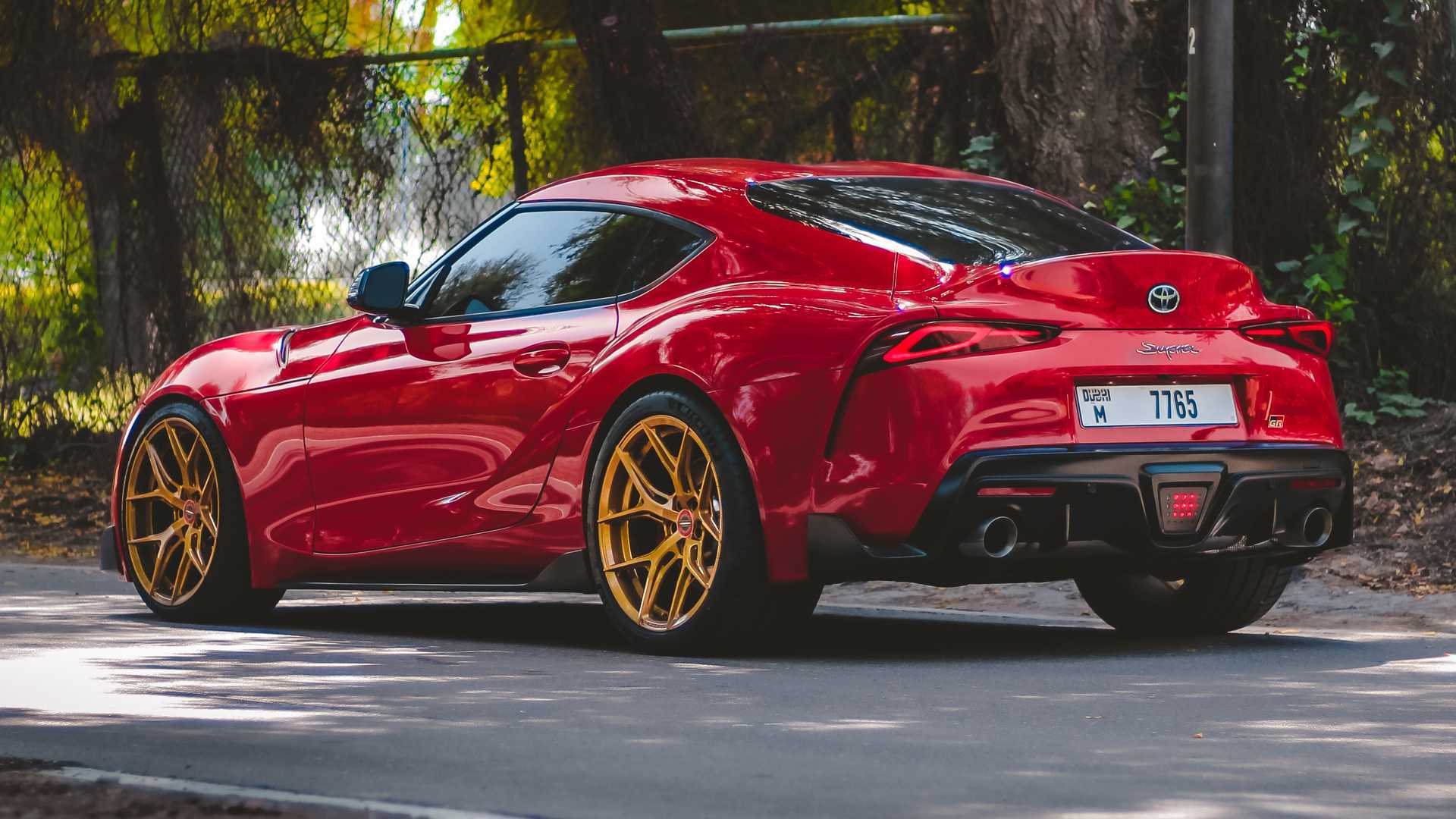 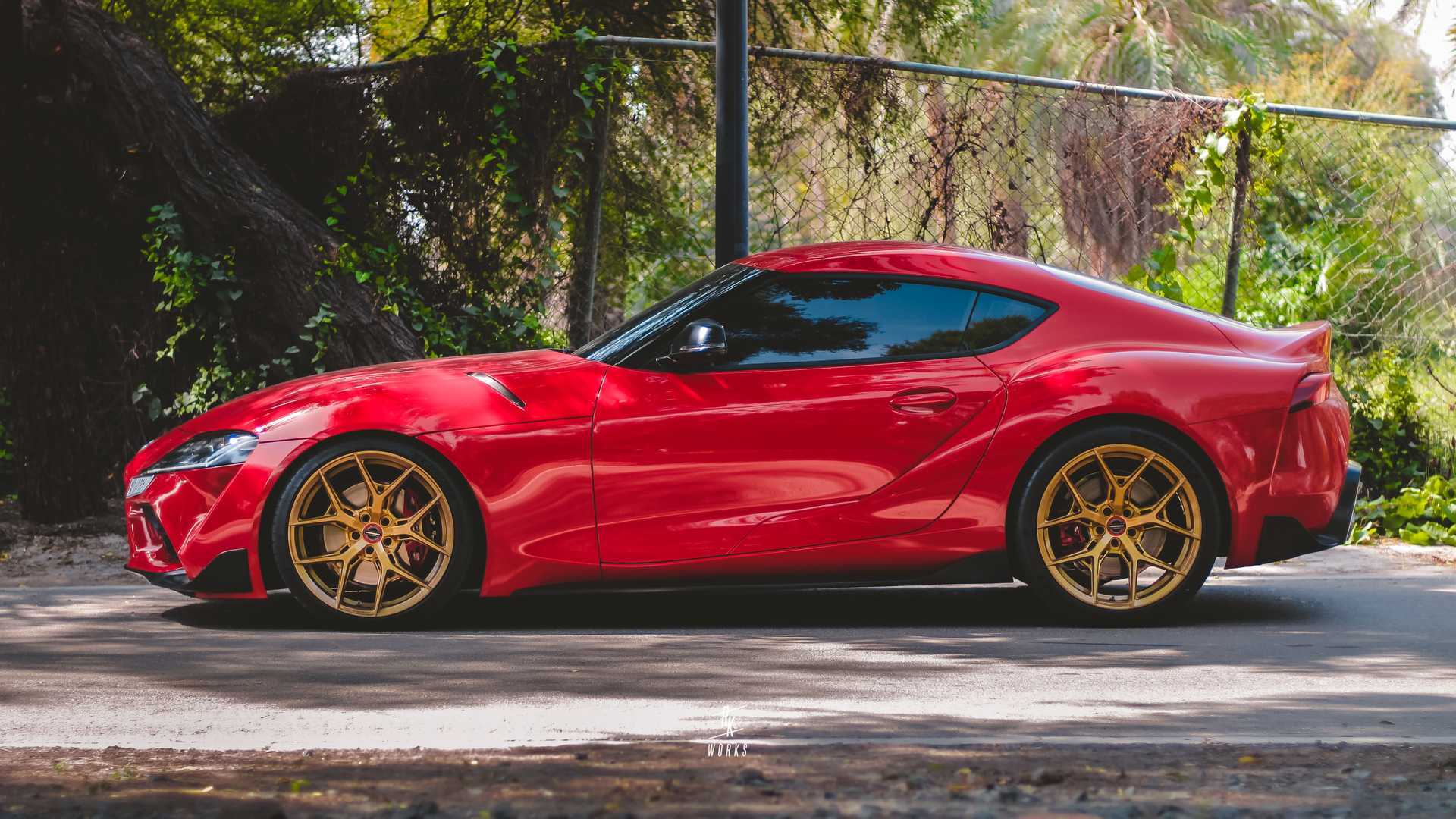 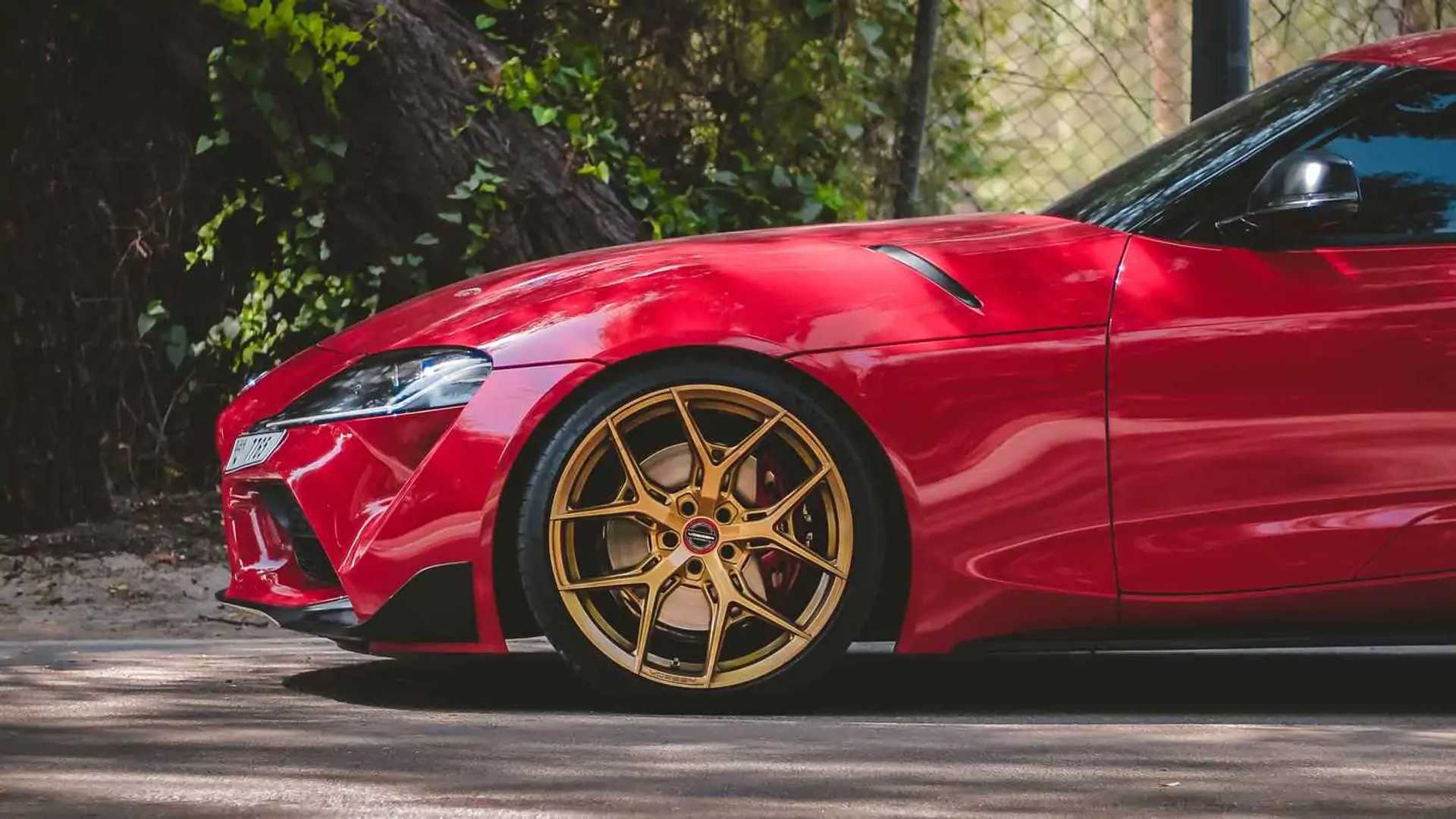