Chinese Mazda CX-4 Has an Identity Crisis, Turns Into the “Mazderati” CX-3, CX-30, MX-30, CX-5. Mazda’s subcompact and compact crossovers, however, number five if we include the CX-4 that’s produced exclusively for the Chinese market since 2016.

Developed in cooperation with the FAW Group Corporation, the CX-4 is pretty much based on the Koeru Concept from the 2015 Frankfurt Motor Show.

The options list for the coupe-like compact crossover includes a 2.5-liter engine over the standard 2.0-liter, but something that Mazda doesn't offer is the "Mazderati" visual package. Uploaded on Weibo and covered by Car News China on Facebook, the following photographs showcase the extent of the Mazderati treatment.

In addition to a matte wrap with a red finish, the tuning job further includes black door mirror caps and pillars, the Maserati grille and front spoiler lip, different bumpers, circular lights in the front bumper, and a chromed rear window wiper. The "Mazda Speed" lettering on the tailgate is also written in the Maserati script, and as you can tell, the lower part of the rear bumper has a fake carbon-fiber finish to it.

Adding insult to injury, the owner of the Mazderati swapped the two-exit exhaust finishers with a four-exit arrangement because that's how Maseratis like to roll. When all is said and done, this CX-4 isn't fooling anyone with its Italian garnish.

At 4,633 millimeters long and with a wheelbase of 2,700 millimeters, the CX-4 is longer than the CX-5 on which it's based. Car News China underscores the starting price of the CX-4 at 148,800 yuan whereas the Maserati Levante in the Middle Kingdom retails from 962,000 yuan for the most basic of six-cylinder powertrains.

Mazda did evaluate selling the CX-4 outside of the People's Republic, but as you all know, that didn't happen because the CX-4 would've cannibalized the CX-30. The latter model isn't available in China, but on the other hand, Mazda offers the CX-8 in this part of the world as an alternative to the CX-9 for the U.S. market. The three-row crossover is also based on the CX-5 compact crossover, and in addition to Japan, it's produced in China by a different joint venture from FAW Mazda called Changan Mazda. 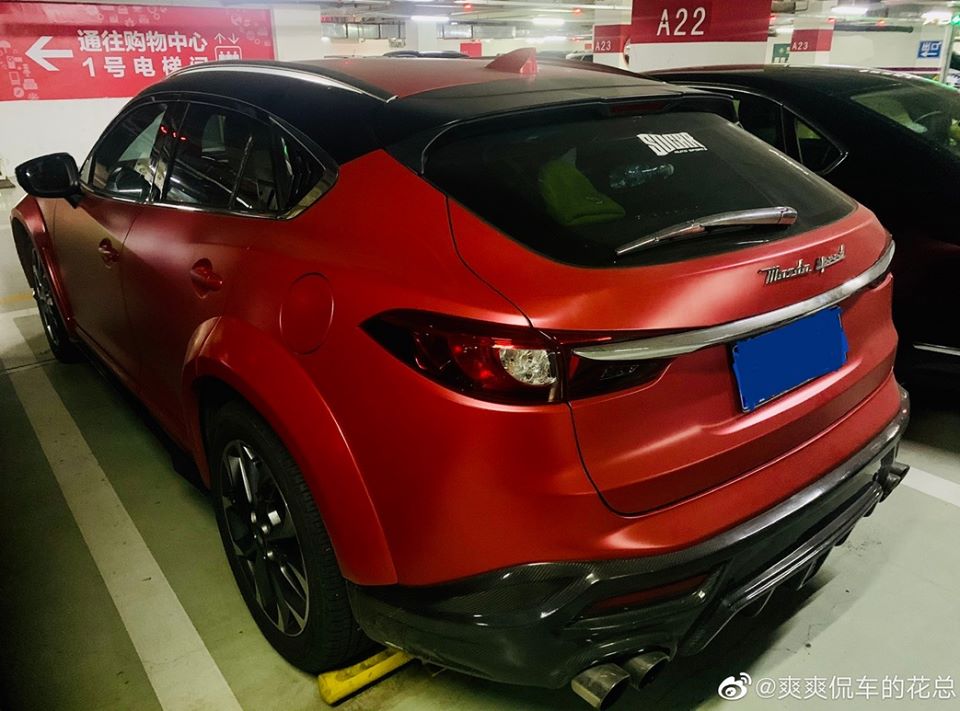