Deep Mango 1936 Ford Roadster Is Why We Love Street Rods Ford cars of the 1920s and 1930s are the bread and butter of countless custom car makers in the U.S.

Builds dedicated to the Blue Oval cars of that era have been popping up all across the nation for decades, and even if that trend has somewhat slowed down in recent years, the existing ones are still making headlines from time to time.

For reasons unknown, Ford custom builds have long ceased to exist just to be driven, and have taken the more capitalist role of income generator for the people who own them. Time and time again, at times multiple times a year, these cars (and many others like them) are changing hands at auctions, with their value going slowly yet inexorably up.

We're not sure how many times before the particular build we have in the gallery above was sold (the last time we know of was in 2018), but here it is again, looking for a new owner during the now postponed Mecum auction in Houston, Texas.

Winner of several awards over the course of its life, the 1936 Ford roadster looks just as amazing as it did when new. Wrapped in a Deep Mango paint offset by the excessive use of chrome on the staggered Foose wheels (17-inch front, 20-inch rear), this build is the embodiment of the street rod genre.

The classic rod-shaped body is fitted with shaved-handle suicide doors that open to a tan interior perfectly matched to the exterior color. There, a small center console holds the shifter, the dashboard houses set of custom gauges, and in front of the driver's seat is a tilt-adjustable steering column ending in a billet steering wheel.

The power-operated hood gets out of the way to reveal a RamJet 350ci (5.7-liter) V8 engine of unspecified power, just waiting to be bossed around by means of an automatic transmission.

Mecum does not say how much the seller hopes to fetch for the build once a suitable date for the Houston event will be set. 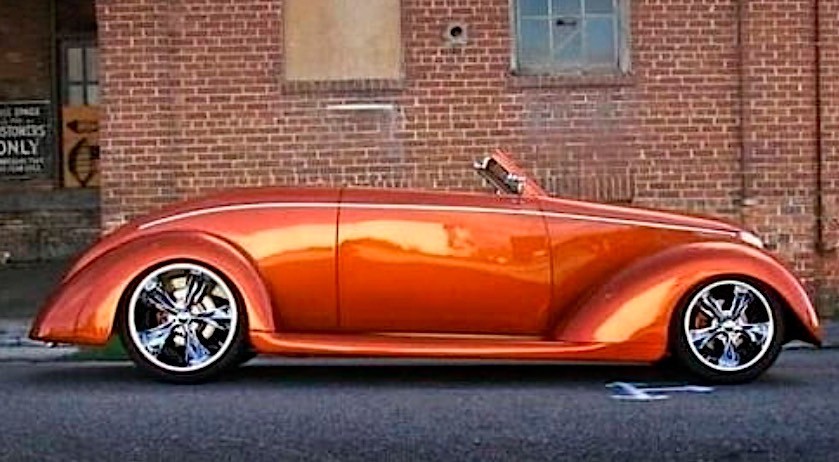 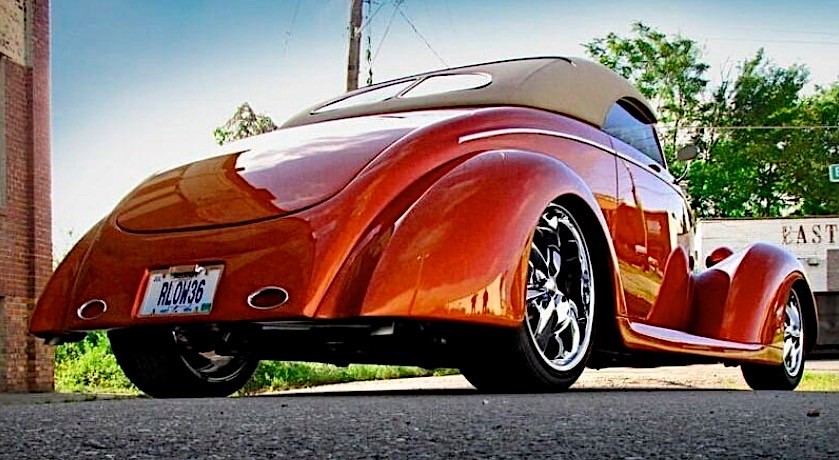 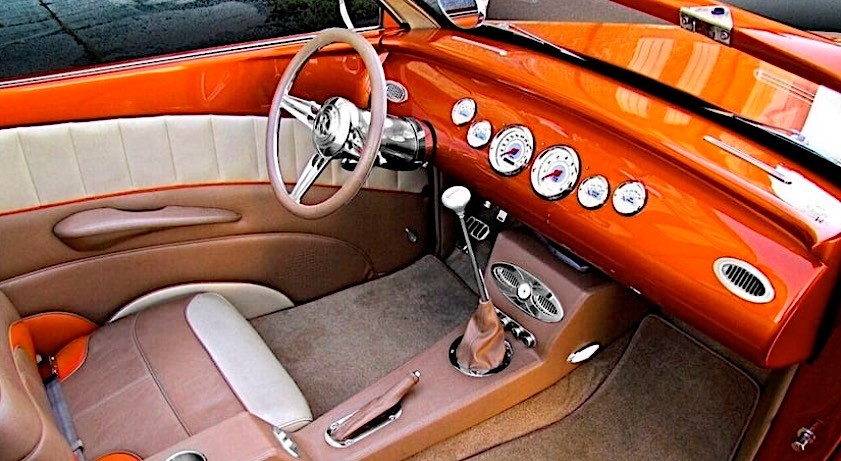 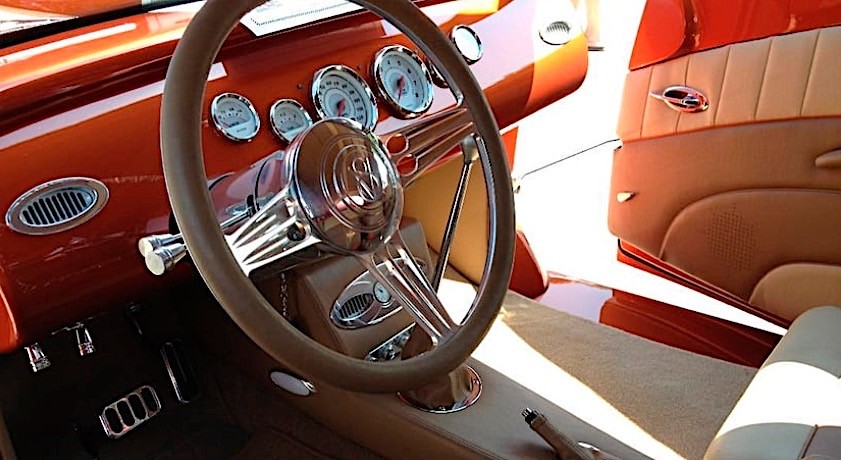