Suzuki is celebrating its centennial

Details of these Suzuki concepts have surfaced since their official reveal at the 2019 Tokyo Motor Show. Turns out, the Waku Spo coupe can also be a wagon. We love it. When you swap in the wagon rear end, the rear seat slides back and automatically reclines. All of a sudden, the sporty coupe has turned into a somewhat roomy wagon kei car. Its interior features a fully digital dash that will actually simulate wood grain on the passenger side when in the Normal drive mode. When sport mode is selected, the "wood grain" transforms into a massive screen of dials and vehicle information.

The Suzuki Hanare is the van pictured in the gallery and further below. Its drive wheels feature in-wheel electric motors, and the interior is all about customization. The folks in Suzuki's press photos look happy to be hanging out by their Hanares, and we think we'd be pretty happy too. One of the vans has a bar; the other has a massive screen with a map, and the middle van is full of storage for outdoor activity supplies.

Lastly, Suzuki showed us the Hustler Concept. It's essentially just a Hustler made to look like an off-road kei car. We're picking up the Jimny vibes Suzuki is laying down. It's wonderfully boxy and features a bevy of neat accessories.

Suzuki is celebrating its 100th anniversary at this year's Tokyo Motor Show. To mark the occasion, the company has created two unique concepts that look to the past for style, and the future for powertrain and use cases. One is called the Waku Spo, and the other is the Hanare.

The Waku Spo is pictured above, and it's a plug-in hybrid with styling rooted in '60s Japanese cars. It's simple and squared off save for the wide fender flares and charming round headlights. There are dashes of chrome trim around the car and two-tone paint. The fender-mounted rearview cameras are a high-tech twist on a classic Japanese car feature. But if this design doesn't appeal to you, Suzuki says body and interior parts can be quickly switched out so each driver can have a car that's personalized to their tastes.

While the Waku Spo is a more traditional, driver-oriented car, the Hanare is more of an autonomous pod. According to Suzuki, Hanare translates to "cottage" and the theme of the van is to be your home away from home. It's meant to be a mobile room to do whatever you want. It also looks like it's intended to be private and secluded, as the only windows are slender pieces that wrap around the roof. The design is funky and fun, almost like a smaller, boxier version of a VW Bus. The ribbed sides could even be interpreted as the siding on a small cottage. 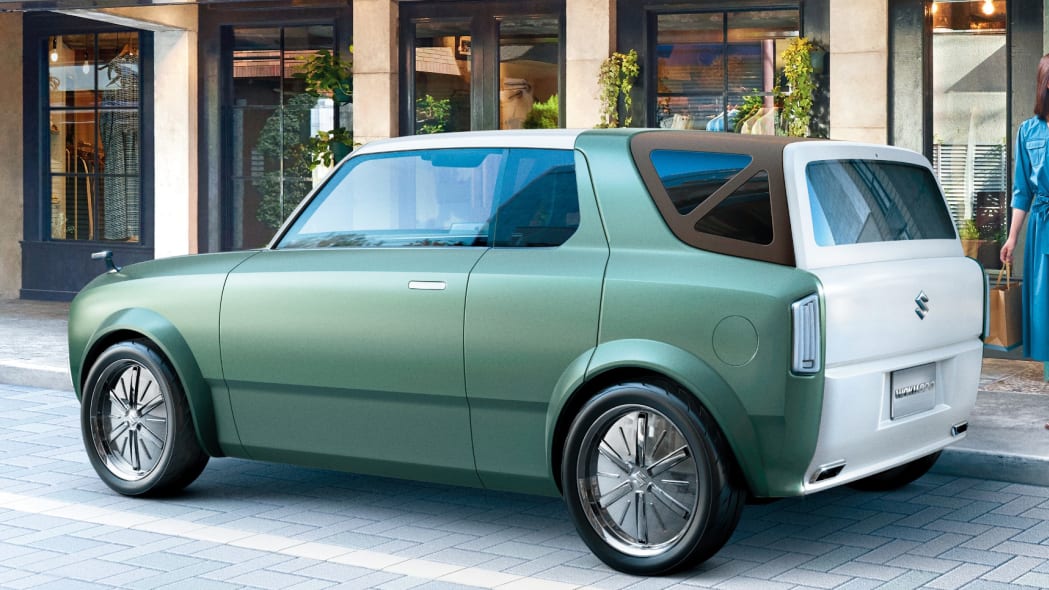 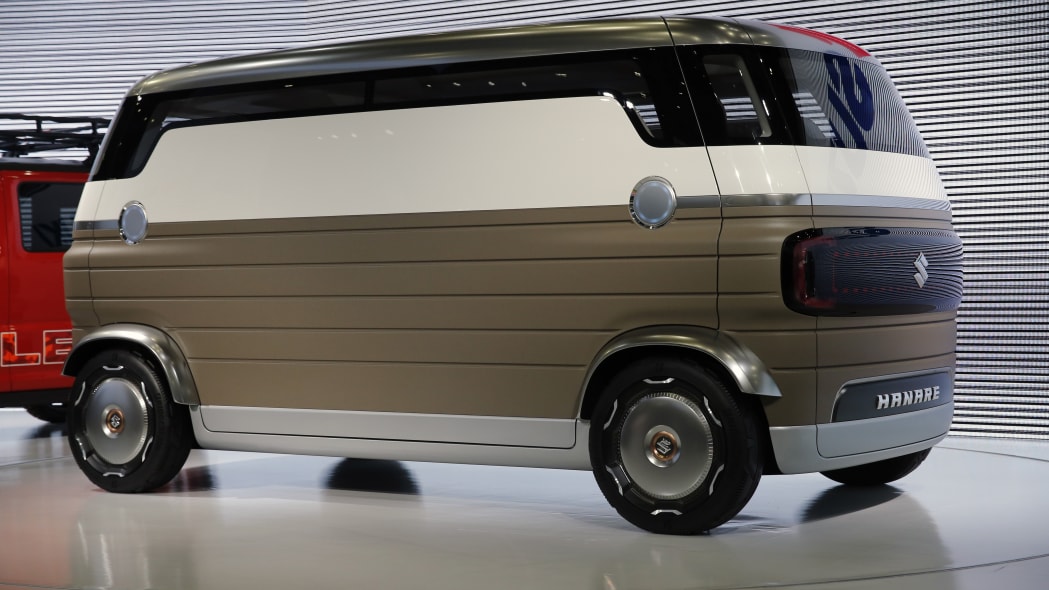 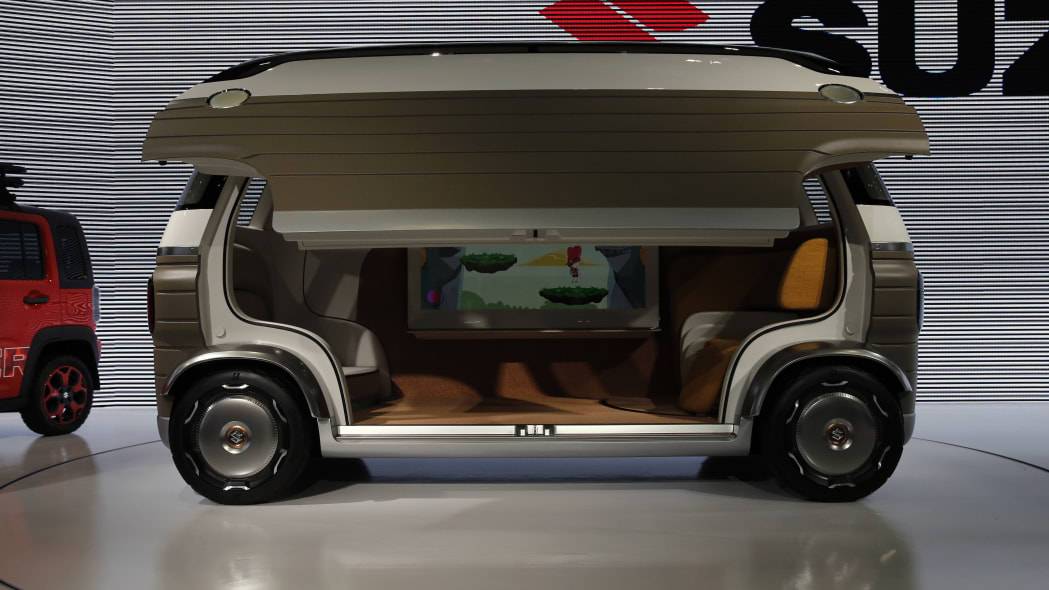 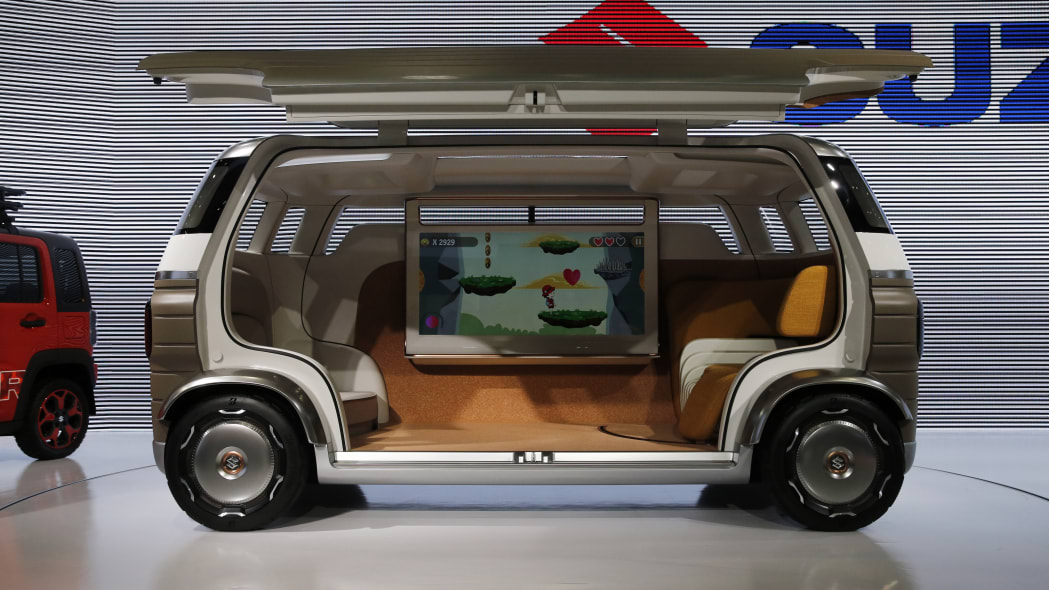 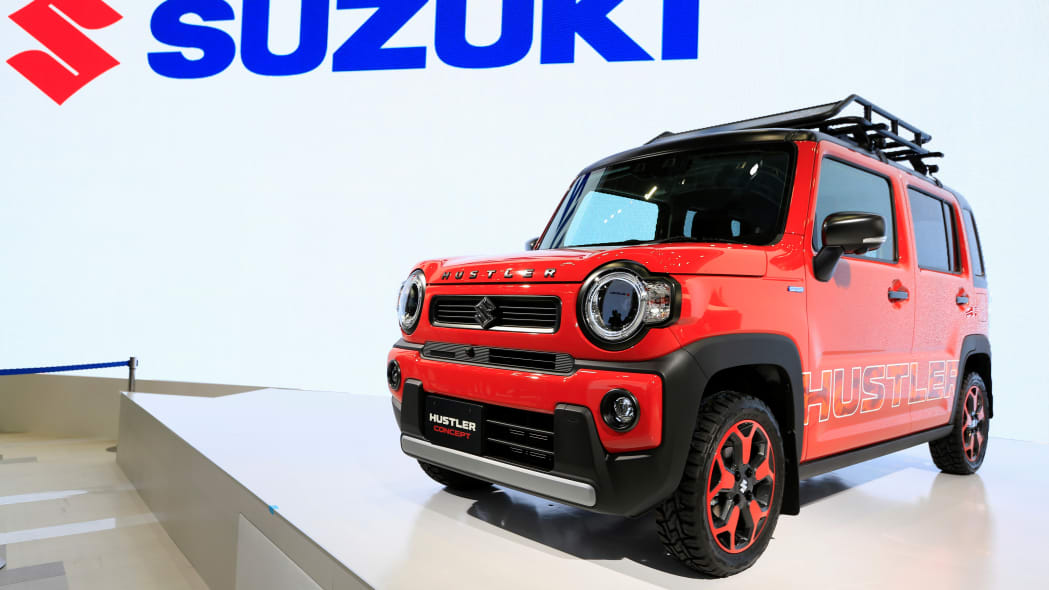 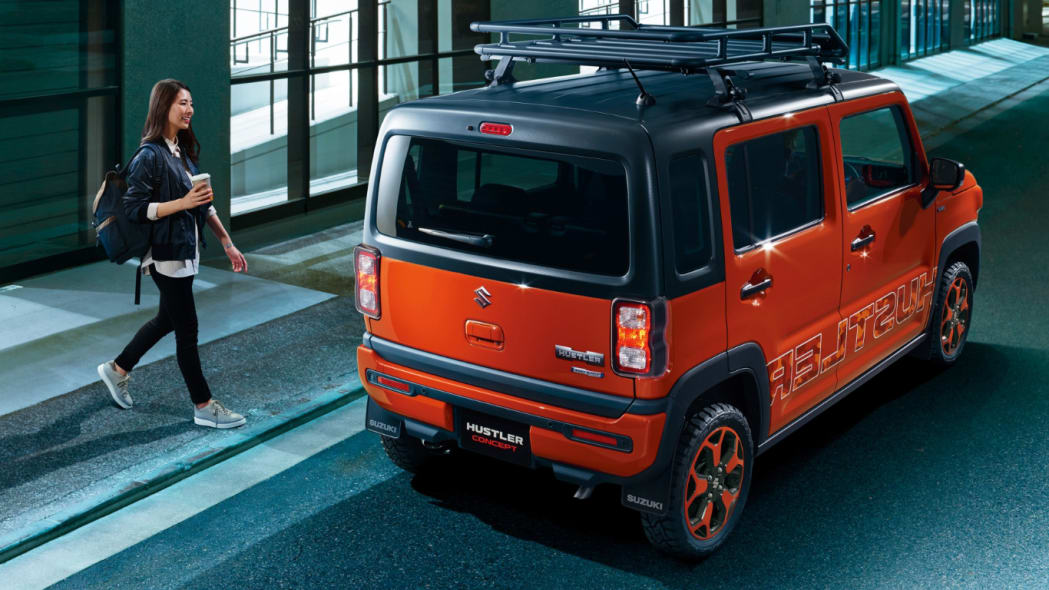