2012 modelsmercedes
What new will be from Mercedes this year

The C-Class has been restyled for 2012 which includes an aluminum hood, new headlights, LED daytime running lights, new bumpers and grille. On the inside there's a new color instrument panel. Beyond the basic restyle, there's also a new coupe body style which gets a standard panorama sunroof, shift paddles, split-folding rear seats and a seven-speed automatic. The coupe is available in Sport style only or as the C63 AMG Coupe.

Available on all 2012 Mercedes-Benzes — including the C-Class and C-Class Coupe — is a new 5.8-inch color display with Bluetooth and USB connectivity. Order up navigation and you get a 7-inch screen with 3-D city models and a 10GB hard drive. 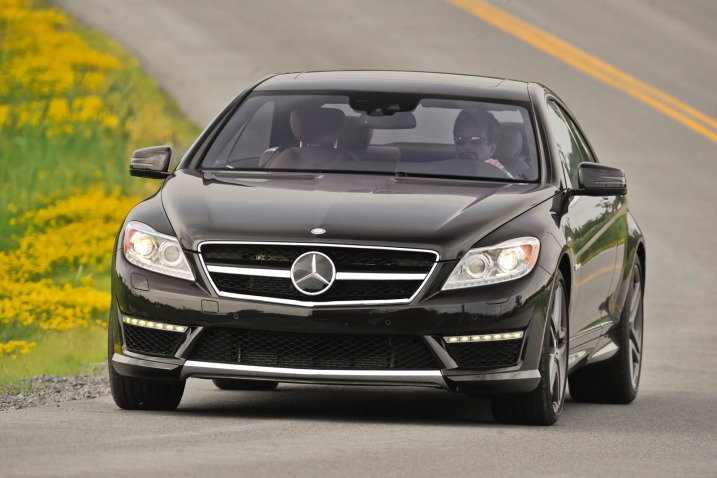 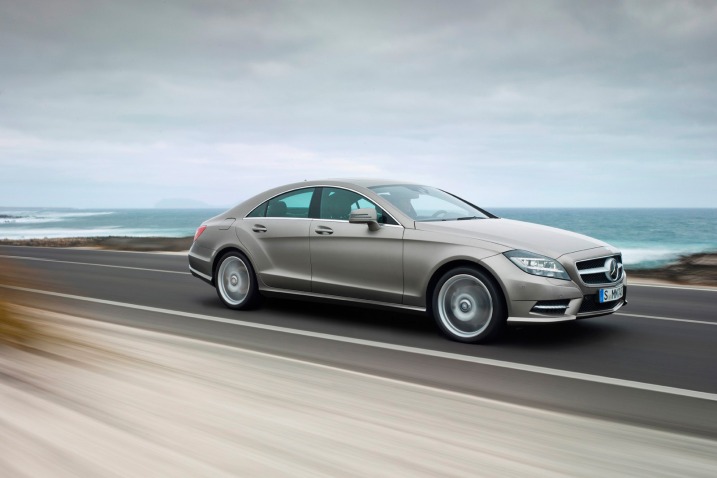 The 2012 Mercedes-Benz CLS is all-new for 2012. The first-gen CLS defined the four-door coupe segment that's swept through the industry, and this new one builds on that with a hefty shot of testosterone. Like all of the other 550s, the 2012 M-B CLS550 gets the new 4.6-liter biturbo V8 cranking out 402 hp and 443 pound-feet of torque, hooked to a seven-speed automatic. The Airmatic suspension and 4Matic all-wheel drive will also be available.

Jumping up from there is the CLS63 AMG. A 5.5-liter turbocharged V8 delivers 518 hp and 516 lb-ft of torque, making sure the performance matches the hyper-aggressive new look. An optional performance package turns it up to 550 hp and 590 lb-ft of torque. 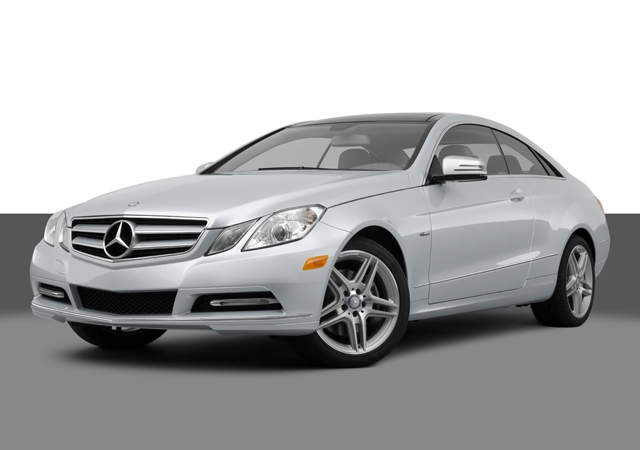 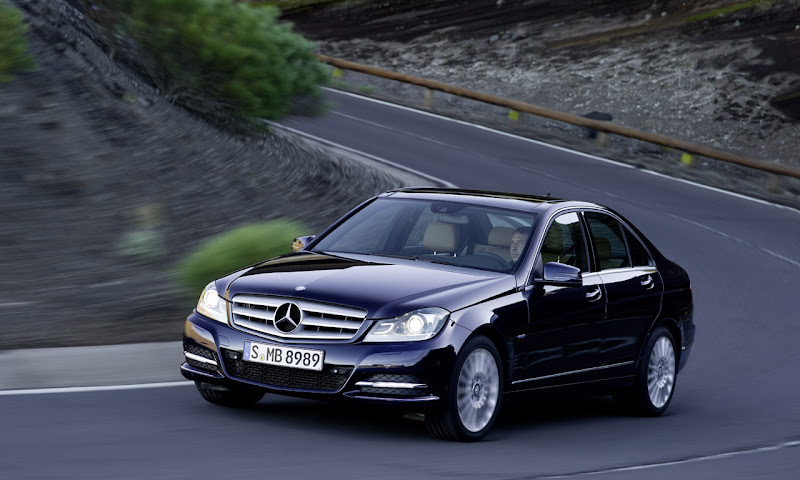 The E-Class sedan and wagon get the same improvements that are seen on the coupe. The E350 4Matic wagon and the E350 sedan get the new DI V6, the E550 4Matic gets the new 4.6 and the E350 Bluetec continues unchanged. 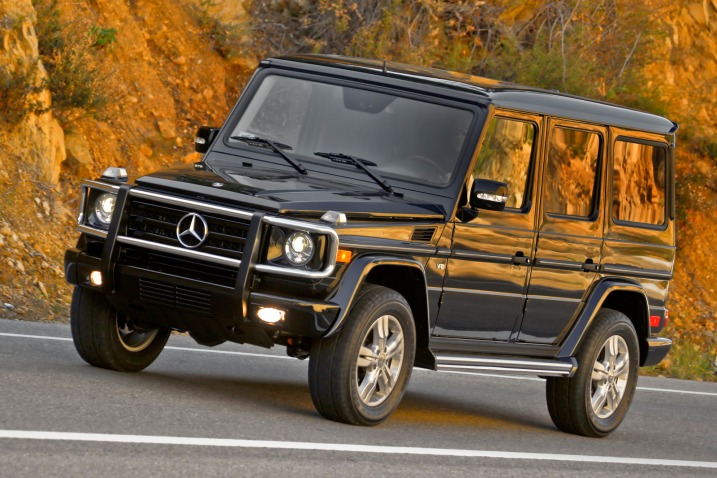 Farewell, fair G55 AMG, we hardly knew ye. Instead, we're stuck with the "Edition Select" that sticks on the AMG fenders and exhaust side pipes (hey, gotta clear the inventory) and some Designo upholstery. It still carries the 5.5-liter 382-hp V8. 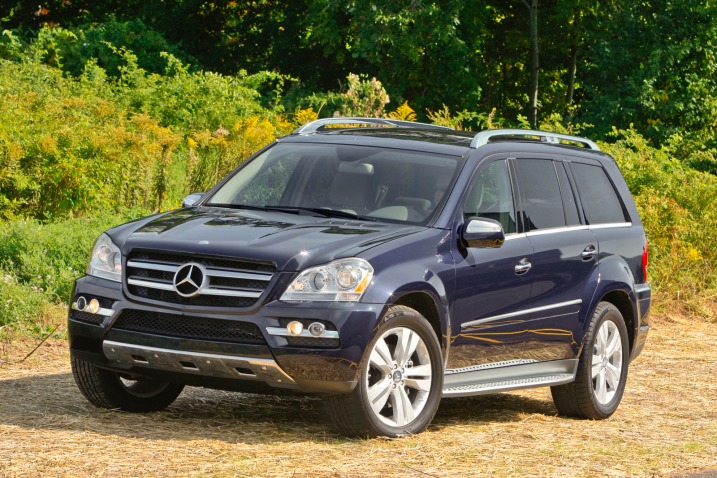 Minor upgrades for 2012 are highlighted by LED DRLs and a rearview camera with directional lines. 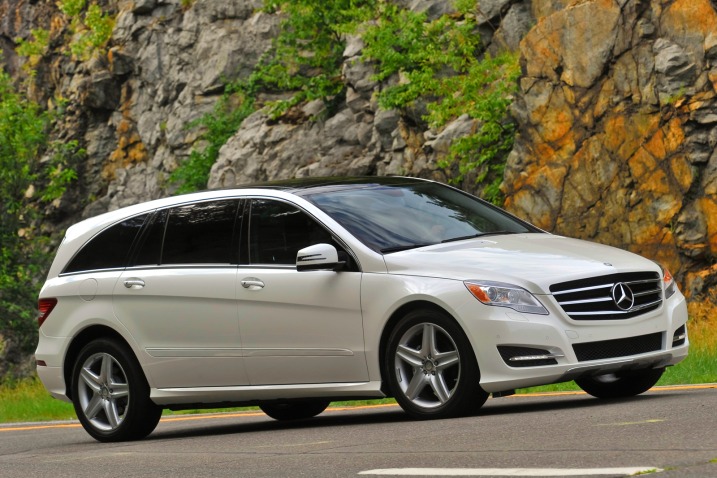 Like all 350s, the R350 gets the DI V6. All R-Classes get standard LED DRLs and COMAND with hard-drive navigation. 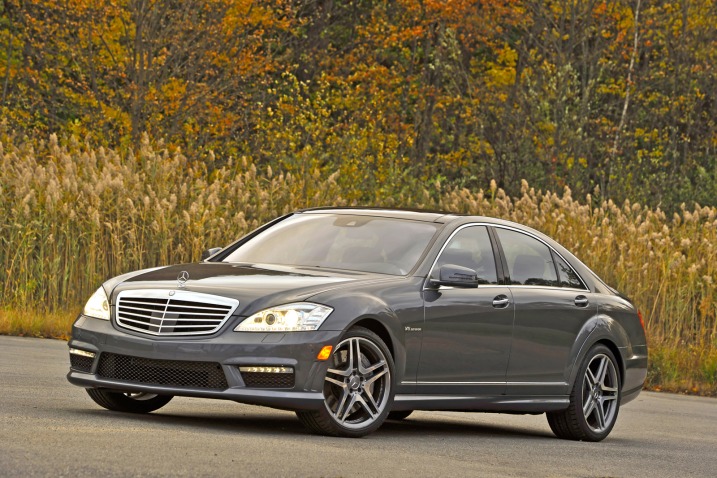 The all-new S350 Bluetec 4Matic highlights the changes to the S-Class for 2012. This new model has standard all-wheel drive and a 3.0-liter turbodiesel V6 making 240 hp and 455 lb-ft of torque.

The S550 gets the same new 4.6-liter V8 we've seen before and the rest of the line, including the awesome S65 AMG, continues unchanged. 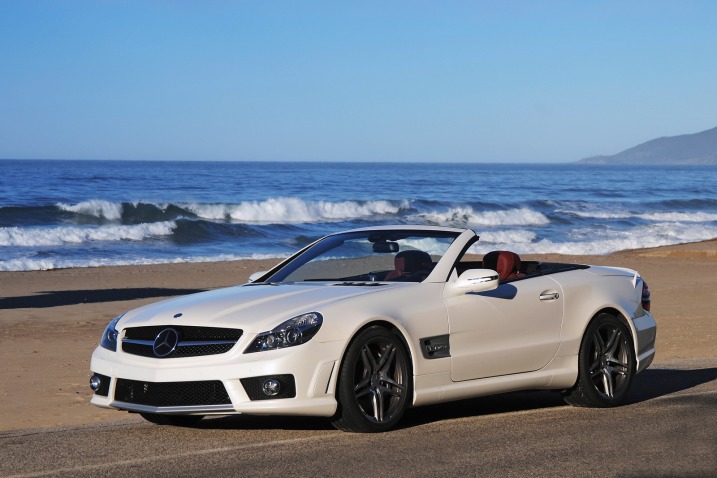 The SLK is all new for 2012. The SLS-inspired bodywork adds a serious dose of masculinity to the small convertible. The SLK350 will be first to market and it gets the 3.5-liter V6 and seven-speed automatic we've been seeing splattered all over the Mercedes lineup. Following that is the SLK250, which gets the 1.8-liter inline-4 previously read about in the C-Class section.

Magic Sky Control debuts in the SLK for 2012. This electro-wonder changes the glass roof from translucent to completely opaque at the touch of a button.

2012 sees the debut of the long-awaited Mercedes-Benz SLS AMG Roadster. The convertible version of AMG's supercar carries the same 563-hp V8, carbon-fiber driveshaft and dual-clutch transaxle of the SLS AMG Coupe, but has a power soft top that's available in three colors. Unfortunately, gullwing doors and convertibles don't get along well, so the SLS AMG Roadster has traditionally hinged doors.

The only changes to the SLS AMG Coupe are new paint colors.