2012 modelshonda
Automaker's changes to its cars

Honda is continuing the list of new car for 2012.

After a serious styling revision in 2011 the Accord sees only one significant change for 2012: the addition of a USB audio interface to all trim levels. 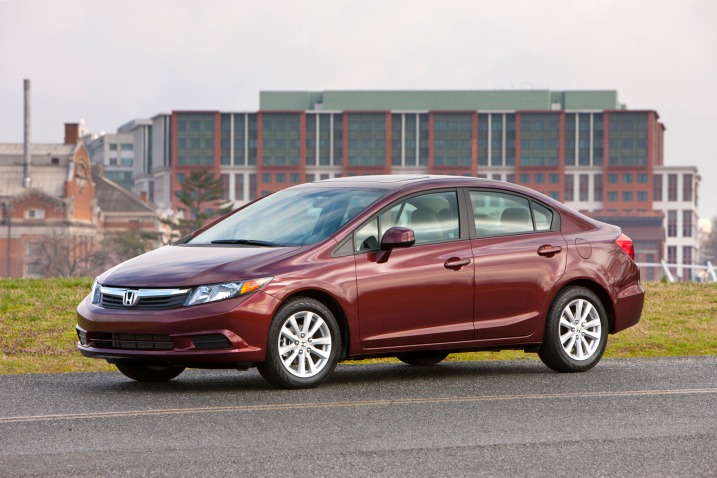 All 2012 Honda Civic models are redesigned for 2012 and ride on a shorter 103.9-inch wheelbase. Stability control is standard across the Civic line for 2012. The Civic's base engine for 2012 remains the 1.8-liter 140-horsepower four-cylinder, while the Si model gets a larger 2.4-liter four-cylinder rated at 201 hp. All models achieve higher fuel economy. Fuel economy for base models is 28 city/39 highway when equipped with the automatic transmission. The Hybrid achieves 44 mpg combined, while the HF earns 41 highway mpg.

Interior functionality is improved as well. There's a new multi-information display that shows vehicle information and can be controlled via steering-wheel-mounted buttons. The available navigation system will now display traffic information.

Formerly the Accord Crosstour, the first thing the Crosstour gets is a shorter name. The Crosstour EX offers several new features for 2012: rearview camera, Bluetooth, USB audio interface and auto on/off headlamps. With the elimination of Glacier Blue Metallic and Tango Red Pearl, Honda will add Twilight Blue Metallic and Basque Red Pearl.

The 2012 Crosstour will also be available with a four-cylinder engine. The 2.4-liter I-4 is rated at 192 horsepower and 162 pound-feet of torque and will return 21 city, 29 highway and 24 combined mpg. It will only be available in front-wheel drive. 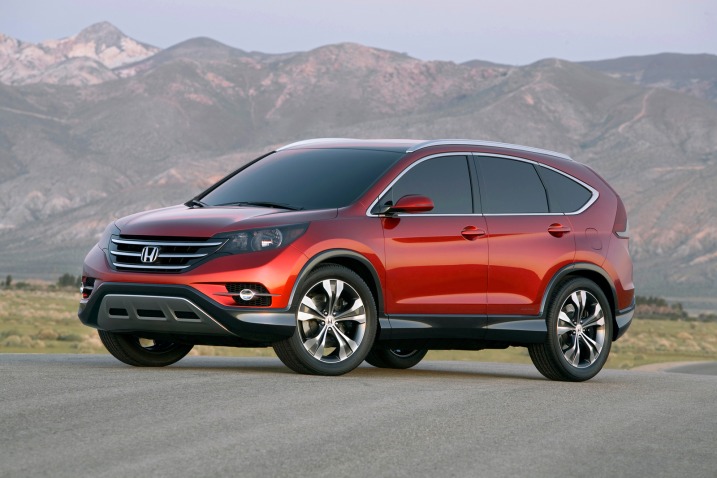 Details aren't complete on the redesigned 2012 CR-V as of press time, but here's what we know for sure: It will look completely different with new sheet metal, and what we've seen so far looks pretty. It should be more efficient than the SUV it replaces, and offer a lower rear load floor.

The CR-V will offer more power and more torque as well as better fuel economy for 2012. The 2012 model is powered by a 2.4-liter four-cylinder engine that makes 185 horsepower and 163 pound-feet of torque — modest increases from 180 hp and 161 lb-ft on the 2011 CR-V. The 2.4-liter is mated still to a five-speed automatic transmission.

Honda has dropped the SE mid trim level on the new CR-V. The 2012 range will start with the CR-V LX, which gets more standard equipment, including air-conditioning, cruise control, electric power steering and a 160-watt audio system. Next up is the CR-V EX, which adds a power moonroof, 17-inch alloy wheels and an upgraded audio system. At the top of the line is the CR-V EX-L, which adds leather interior with a 10-way power driver seat, dual-zone automatic climate control and 328-watt premium audio system.

With the exception of a black seat fabric option on cars equipped with the Crystal Black Pearl exterior, the 2012 Honda CR-Z is a carryover from 2011.

Honda has eliminated the Element from its 2012 lineup.

There are no changes to the 2012 FCX Clarity.

Styling and feature updates abound on the 2012 Fit. A new front fascia and wheels are the most obvious tweaks, but there are also body-colored mirrors and interior updates, including a black monochrome theme with chrome accents. Base models now get a security system and Fit Sports with navigation will come with Bluetooth. Two new colors are added to the lineup as well: Blue Raspberry Metallic and Orangeburst Metallic. 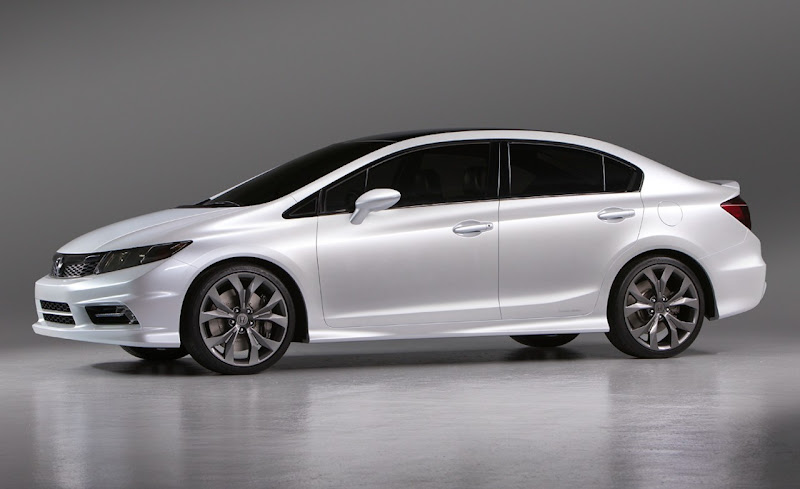 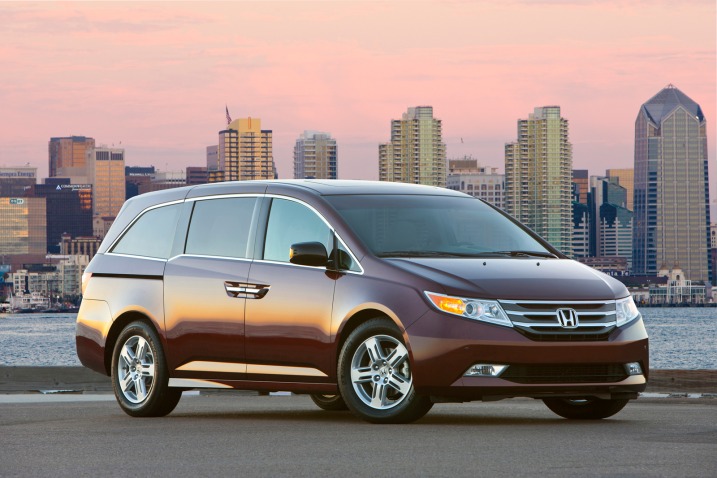 After a full redesign for 2011, the Odyssey makes do with feature and color updates for 2012. EX models receive an 8-inch multifunction display, Bluetooth, CD library and a USB audio interface. Touring and Touring Elite models are available in White Diamond Pearl.

Modestly updated for 2012, the Pilot's styling is revised and it offers better fuel economy and more features. Both front and rear fascias are new and contribute to the Pilot's slicker aero profile. Inside there's an updated instrument panel with new materials, and a simpler center stack with a new button layout. Both the audio and navigation systems are updated. Two new colors are available: Dark Amber Metallic and Mocha Metallic.