Going on the list of new car for 2012 with Mazda 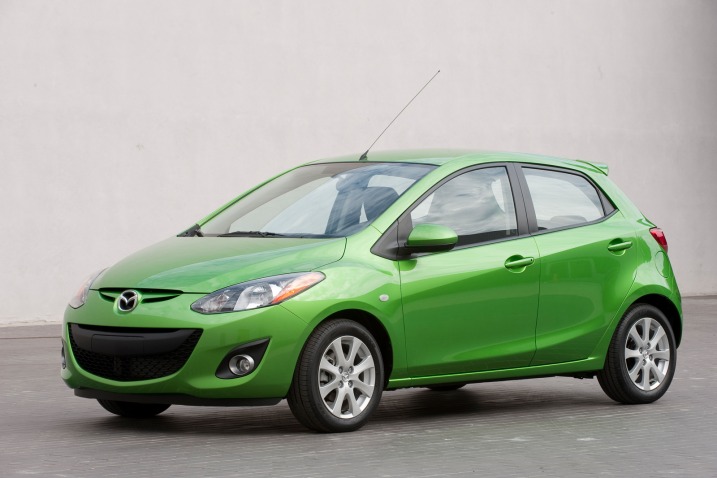 The Mazda 2 was introduced in 2011 and not much has changed since. The small hatchback is a carryover from 2011 with the same 1.5-liter, 100-horsepower motor. The EPA, however, rates the 2012 car 1 mpg higher in both city and highway mileage. 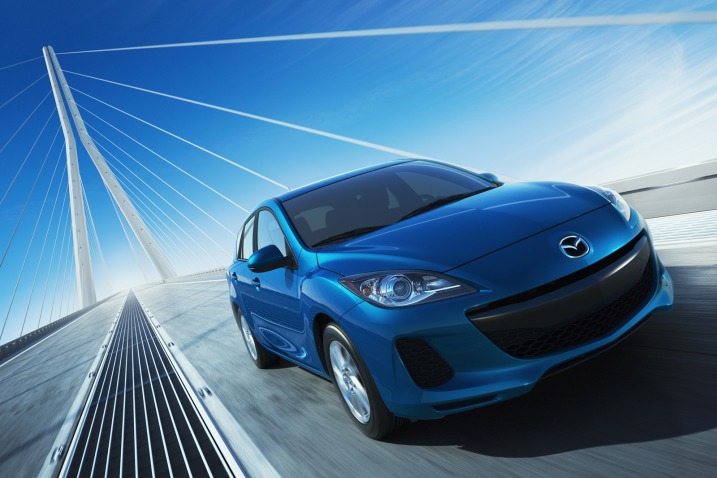 Refreshed this year, the 2012 Mazda 3 has had minor grin-reduction surgery and some interior refinement including revised colors, text and graphics for the multi-information display and LCD, revised cloth seat trims and colors and an optional blind-spot monitoring system.

The big news with the 2012 Mazda 3 is the inclusion of the 155-hp Skyactiv-G 2.0-liter inline-4. The engine is rated highest — 28 mpg/40 mpg — with the six-speed automatic in a sedan. The lowest Skyactiv-G fuel-efficiency rating is 27/38 in a hatchback with a six-speed manual. You'll be able to tell the Skyactiv cars from normal Mazda 3s due to the 16-inch 10-spoke wheels and transparent blue ring around the headlight center lens. Oh, and the Skyactiv badges. 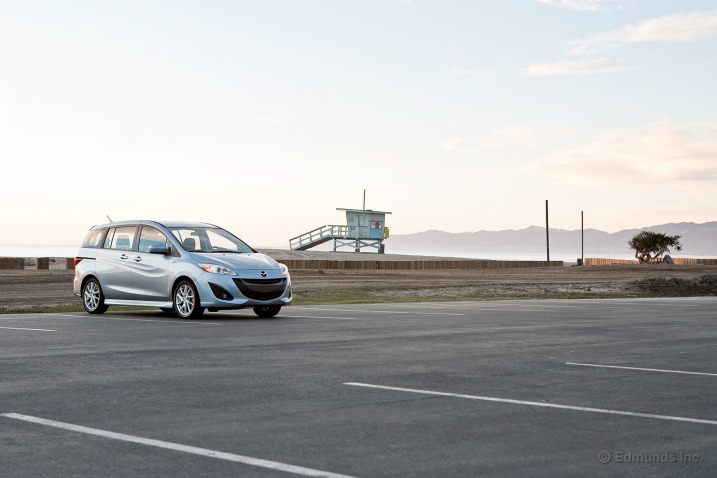 All-new for 2012, the three-row Mazda 5 brings Nagare design to the multipurpose vehicle segment. It's still got three rows, it's still got sliding doors and it's still more fun to drive than just about anything else that will hold this much stuff. The engine is a 2.5-liter unit cranking out 157 hp through either a five-speed automatic or, awesomely, a six-speed manual.

With fuel prices up, the Mazda 5 is a right-size utility vehicle whether your cargo is kids or kayaks. 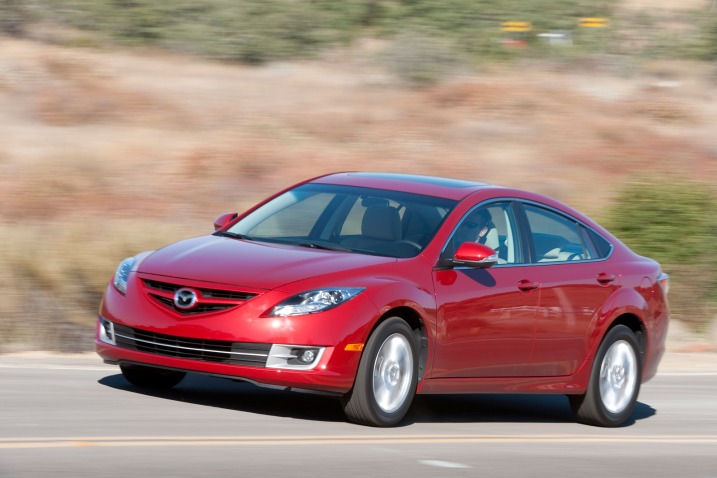 After a refresh in 2011 that saw new headlights, foglights, paint colors, seat materials, steering wheel, IP trim and floor mats, the 2012 Mazda 6 is a carryover with no changes. 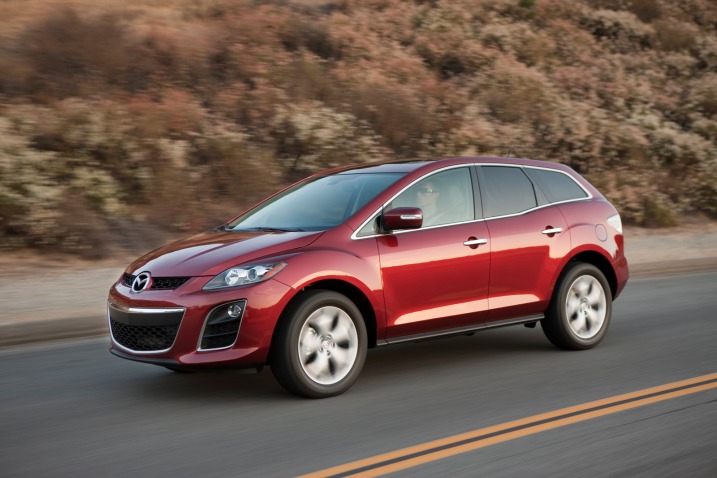 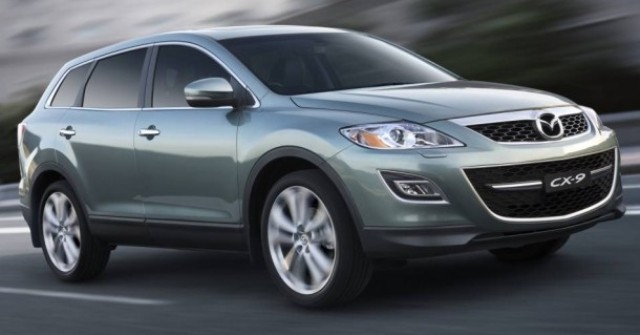 The CX-9 received its refresh in 2010 and hasn't changed since. There are new wheels available for 2012, though! 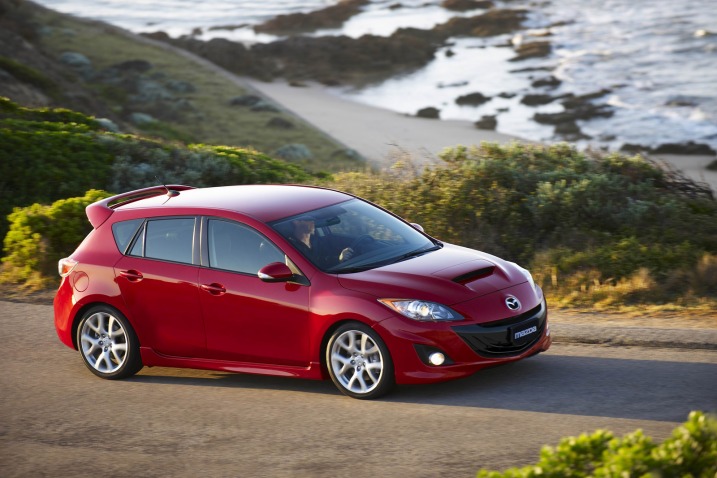 The 2012 Mazdaspeed 3 is a carryover from 2011, though it benefits from the same interior adjustments that the Mazda 3 gets in 2012 along with a revised shift knob and new leather on the parking brake.

Two hundred sixty-three hp and revised colors on the MID and LCD? Score. 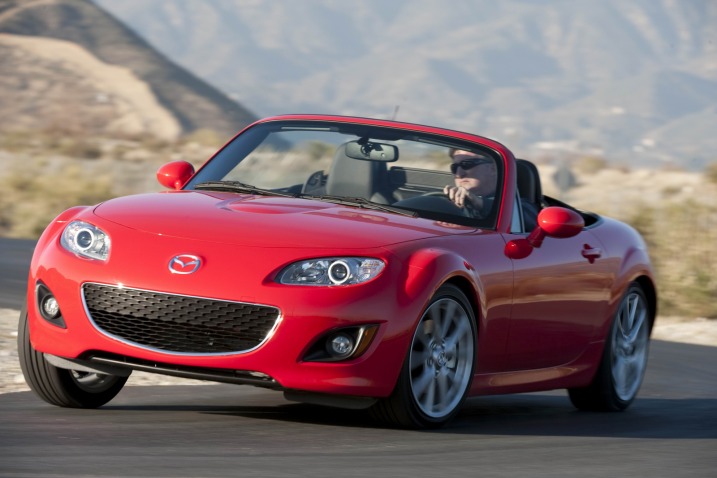 Now that it's mandatory, the MX-5 no longer bundles stability control into the Premium package. Otherwise, the MX-5 Miata continues on unchanged. The engine is still a 167-hp 2.0-liter inline-4 and there is still a cloth soft top or a power-retractable hardtop (PRHT).

Mazda's rotary-powered sports car went gently into that good night. There will be no RX-8 for 2012.