Suzuki keeps on the list of new car for 2012

Stability control is now standard across the line on the Equator. Previously, stability control was only available on V6 Equators. There are three new colors for 2012: Adobe Red Metallic, Bay Blue Metallic and Silver Alloy Metallic.

A late arrival for the 2012 model year (spring) will be the elimination of the tailgate-mounted spare tire. Limited trim levels will retain the exterior-mounted tire. All trim levels will have voice command added to their navigation system. One new exterior color — Sandstone Metallic — will be available on all Grand Vitaras. 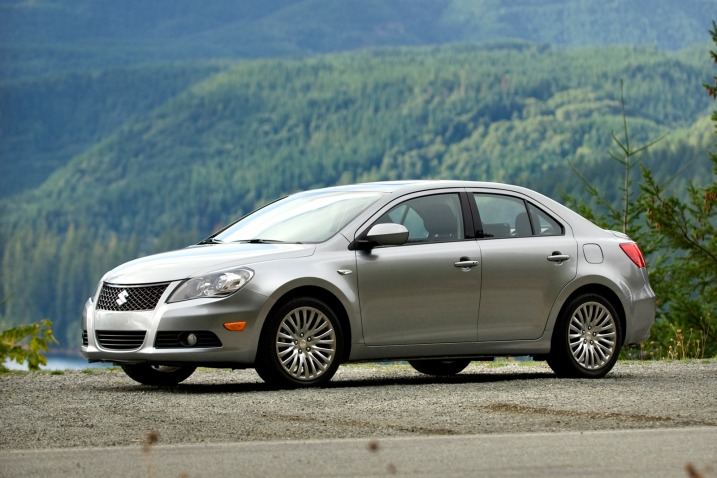 Suzuki only made minor package changes to the Kizashi for 2012. A leather seat package is now available in the SE trim level, as is a new exterior color called Crimson Red Metallic. The GTS 6MT — the sportiest trim level — eliminates the glass sunroof and power driver seat in the name of performance (or decontenting, your choice). Hey, it also costs less. The sunroof and power seat are still available in the top-of-the-line GTS automatic.

The Swift Sport was first previewed by the S-Concept that debuted back in Geneva, but now packs 134 horsepower and 118 pound-feet of torque routed to the front wheels via a six-speed manual transmission. Those aren't earth-shattering numbers, but in a vehicle this tiny (and lightweight), we imagine it to be pretty engaging from behind the wheel. Think Mazda2, but more powerful.

All SX4 sedans will get standard electronic stability control and rear disc brakes. Alloy wheels will be standard on LE Popular Package sedans. An upgraded navigation system including voice command is standard on the Sport model. Two new colors are available: Brilliant Blue Metallic on the SX4 and Crimson Red Metallic on the LE Sedan.

The SX4 Sport S, GTS and LE Anniversary Edition versions have been discontinued for 2012.